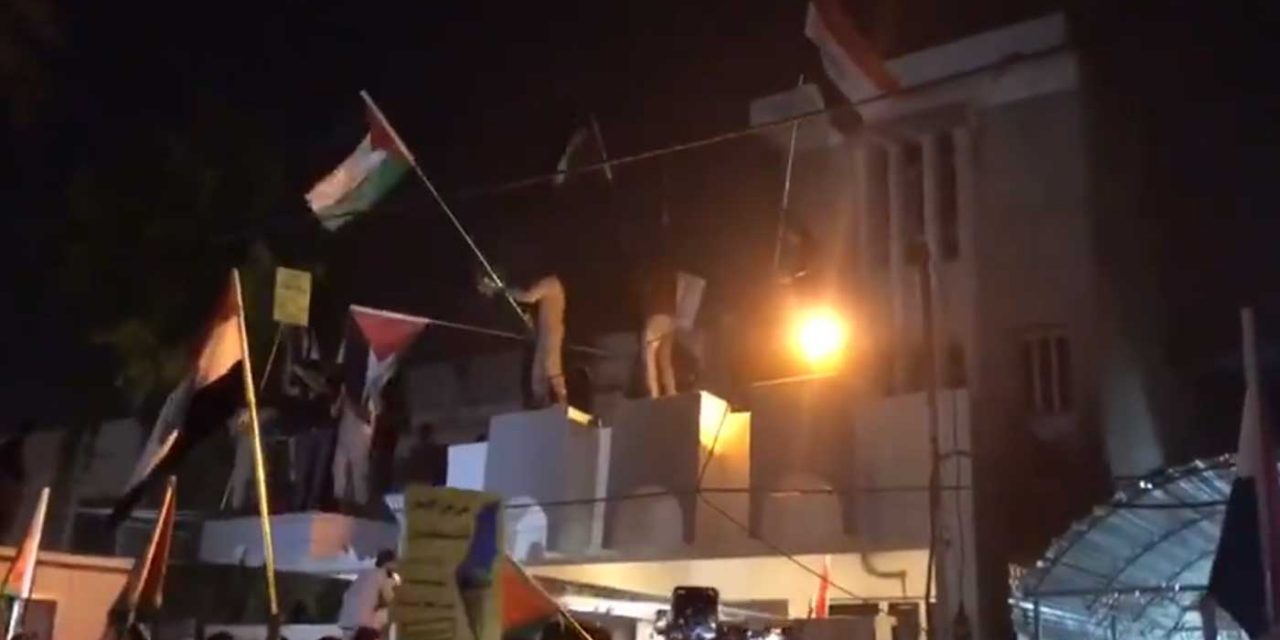 Protesters stormed the Bahraini embassy compound in Baghdad Thursday night, removing the Bahranian flag from above the building and replacing it with a Palestinian flag.

Those protesting were said to have been angered by the US-led peace conference that was being held in Bahrain. And in particular, the comments made by Bahrain’s foreign minister where he said he wanted to have closer relations with Israel and that the Jewish state was “here to stay”.

Threats against the embassy were received earlier in the day and the Bahranian diplomats were evacuated to the highly fortified “Green Zone” of the city, which is where the Iraqi government is situated.

The protesters forced their way in by breaking through the main gate but stayed in the garden without storming the offices inside the compound. They stood outside chanting and waving Palestinian flags, along with a few Iraqi flags. Some of the signs protesters were holding depicted the whole of Israel as “Palestine” and called for Israel to be wiped off the map.

Security forces are said to have opened fire in the air to disperse the protesters and reinforcements were sent to the embassy.

More than an hour later the nearly 200 protesters dispersed.

An Iraqi official said 25 of the protesters were detained by Iraqi security forces later in the evening. No one was hurt in the incident.

Bahrain’s Foreign Ministry condemned the attack and said the kingdom was recalling its ambassador, Salah Ali al-Maliki. It added that Iraqi authorities have a responsibility to protect the embassy in Baghdad.