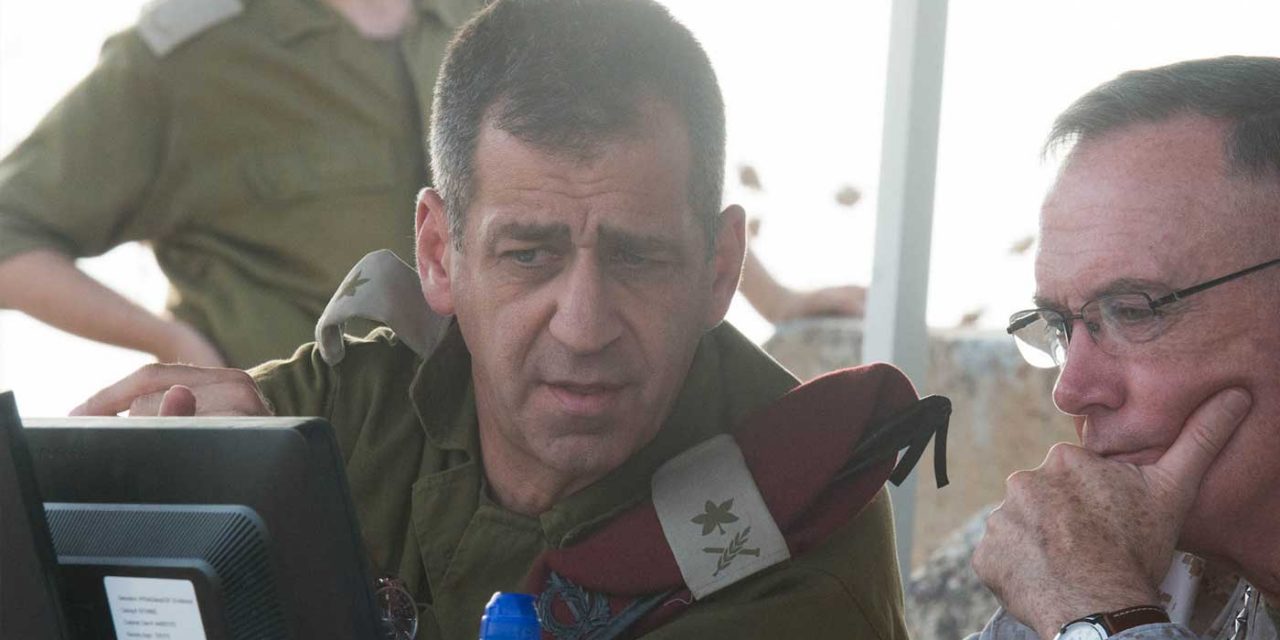 IDF Chief of Staff Lt. Gen. Aviv Kochavi warned Thursday that “the enemy has morphed from a terrorist group into an army. The enemy has changed and we see that in the Gaza Strip and in Lebanon.”

Commenting on IAF operations in enemy airspace, Kochavi noted that “as IDF soldiers and commanders we spare no efforts to avoid putting civilians in harm’s way, while the enemy does everything to harm them. The enemy chooses to place operatives in the heart of civilian populations.

“This is not a situation we can allow – not us and not the international community. We will not allow the urban sphere to become a safe haven for the enemy. This poses a challenge for the IDF and the IAF, and we have to adapt to it. The IAF must keep dealing the enemy consecutive, precise and powerful blows,” he said.

The chief of staff noted that in the last two decades, “The IAF has also been called upon to carry out an essential mission on a large scale – the destruction of missiles and rockets of all kinds and in all places. The threat they pose to the Israeli homefront, which may sustain hits by hundreds of rockets, means it is necessary, legitimate and moral to mount forceful attacks against the enemy.

“Every bomb dropped on rocket launchers and weapon depots in the Gaza Strip and in southern Lebanon protects Israeli lives. Every pilot who hits their mark defends the homefront, defends the Israeli public and defends his own family. The enemy will not be immune to IDF strikes, and the IAF, as always, will be at the forefront of the IDF’s defensive efforts.”

Prime Minister Benjamin Netanyahu, who is also acting defense minister, spoke at the ceremony as well.

“The fact that we can fly from IDF bases anywhere in the Middle East and beyond assures that our enemies will always know that we can find them. The best defense is a good offense. Anyone who seeks to attack us should know that we will bring the campaign to them and we will deal them decisive blows that will exact a heavy price. We always remember that we must be able to defend ourselves, by ourselves, against any threat.”

Rivlin congratulated the new pilots, saying, “The IAF’s strategic superiority lies with its human capital – with each and every one of the graduates here today.”