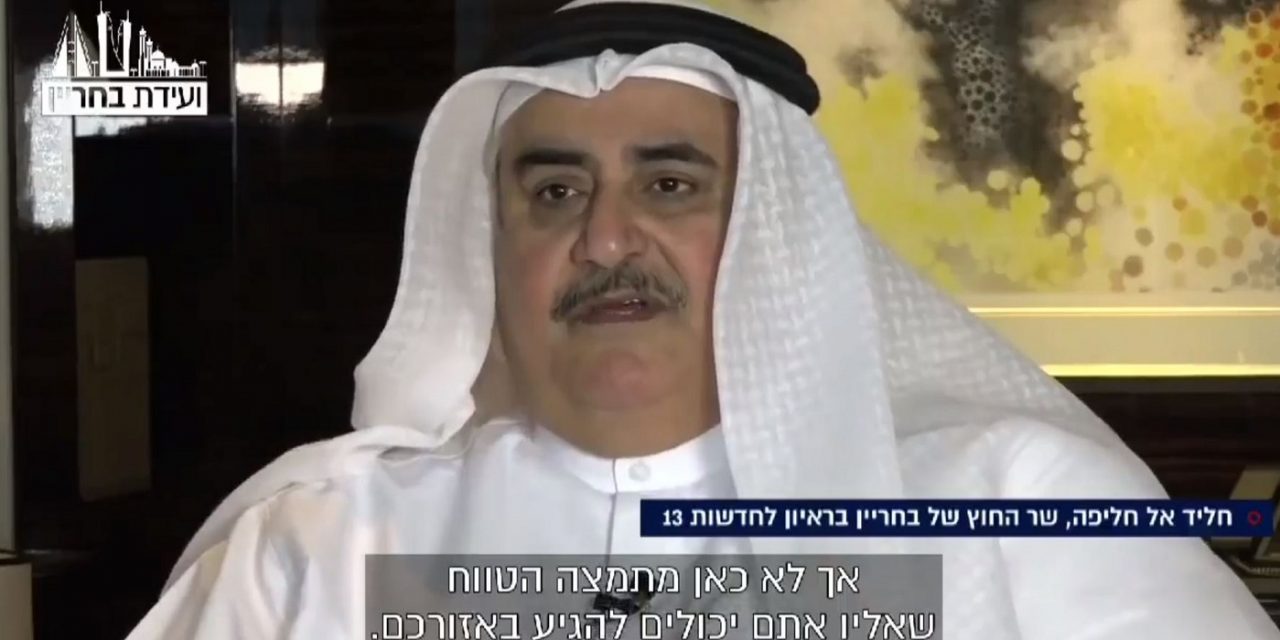 Bahrain’s foreign minister has firmly backed Israel’s right to exist adding that it is “there to stay” and that the Arab country wants better relations with it.

Speaking in interviews on the sidelines of a US-led peace workshop in the Bahraini capital of Manama, Khalid bin Ahmed Al Khalifa said Israel was part of the Middle East and that he hoped for peace with the Jewish state.

“Israel is a country in the region… and it’s there to stay, of course,” he said.

“Who did we offer peace to [with] the [Arab] Peace Initiative? We offered it to a state named the State of Israel, in the region. We did not offer it to some faraway island or some faraway country,” Khalifa continued, referring to a Saudi-backed peace framework.

“We offered it to Israel. So we do believe that Israel is a country to stay, and we want better relations with it, and we want peace with it.”

Israel Has Been Waiting for These Words For 70 years

Israel has been waiting for these words for 70 years.“Israel is a country in the Middle East. It is part of the heritage of this region. The Jewish people has a place amongst us.” -Bahraini Foreign Minister

While Bahrain might be only Arab state, besides Egypt and Jordan, to publicly acknowledge Israel’s right to exist, “we know our brothers in the region do believe in it” as well, he said.

Khalifa also said other Arab countries backed Israel’s right to exist even if they do not express so publicly, in comments that drew rebuke from the Palestinian terror group Hamas.

Khalifa said that he would like to visit Israel in the future — “one day, when it’s all open and peaceful” — but was noncommittal about normalizing ties with Jerusalem in the absence of a peace deal.

“We don’t want to put the carriage before the horse. Let’s build it, we’re building the atmosphere now, with the economic prosperity,” he said.

“We welcome Bahrain FM Shaikh Khalid Al Khalifa’s decision to openly share his views with the Israeli media,” the Foreign Ministry said in a statement. “The positive comments that were expressed in the interview are very encouraging and offer hope for closer ties bilaterally & a peaceful future for our region.”

Ministry spokesperson Emmanuel Nahshon told The Times of Israel that Jerusalem was issuing an official invitation to Bahraini journalists to visit Israel.

“I’ll be overjoyed to host a delegation of Bahraini journalists and show them Israel,” Nahshon said. “Direct contact is the key to peace.”