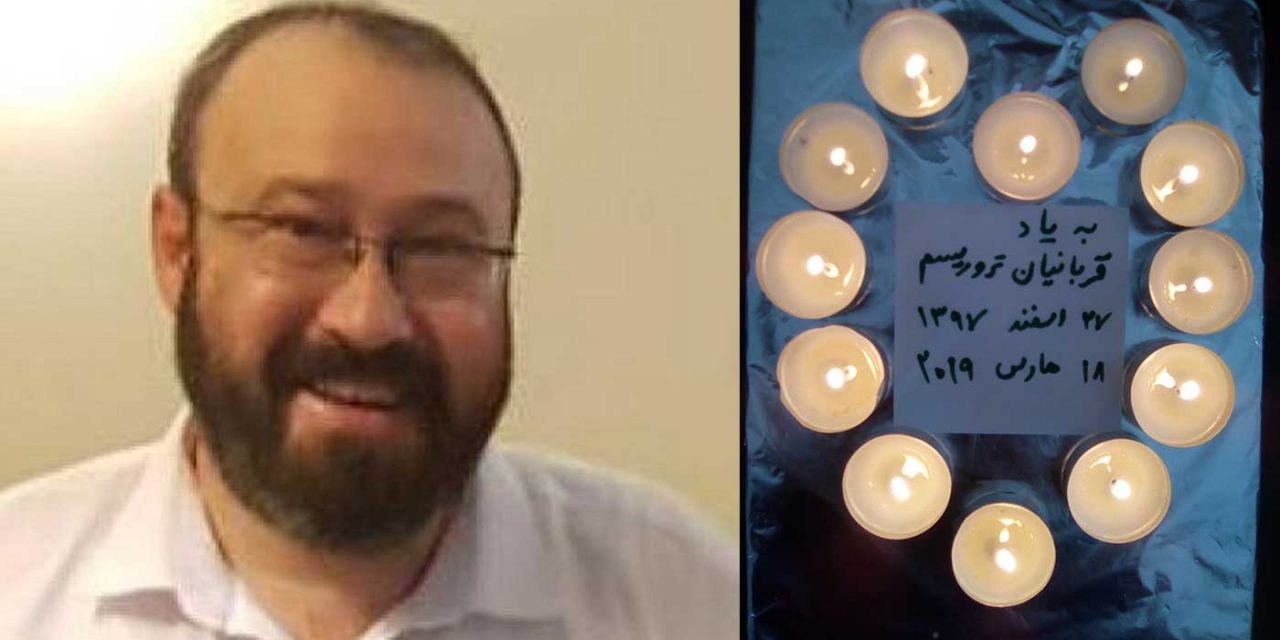 Dozens of Iranians are sharing a memorial post to Rabbi Ahiad Ettinger and sharing photos of candles they have lit in his name online.

Ettinger, 47, was killed Sunday in a terror attack. The post, put up Monday by an anonymous account on Twitter called @TheIntangibles, had received hundreds of likes within hours of being up.

Several noted that they wanted to light the candles in memory of a victim of terrorism. “Condolences to the Ettinger family and the people of Israel, from an Iranian family,” one writes. “I hope there will be a day when our two nations can come together as friends.” Another post noted that the writer hoped for a future when the Iranian regime would fall “and we will celebrate that day together.”

The post called for people to show sympathy and remember the rabbi. In response, people posted photos of candles they had lit in his memory, and tweeted short memorials in Farsi. In a private message, the anonymous use wrote “I urged my followers to light a candle in Farsi so it is understandable.” Some of those who replied are fearful of revealing their locations, which indicates they are in Iran. One of them appeared to be in southern Iran, due to information received. “We can defeat the idea of war by a stronger idea, the idea of peace,” one wrote.

Several noted that they wanted to light the candles in memory of a victim of terrorism. “Condolences to the Ettinger family and the people of Israel, from an Iranian family,” one writes. “I hope there will be a day when our two nations can come together as friends.” Another post noted that the writer hoped for a future when the Iranian regime would fall “and we will celebrate that day together.”

Another chose to commemorate Rabbi Ettinger because the victim was similar in age to his father. “I thought to myself what if it was my father, what would I feel if such a terrible tragedy happened to me! He was the father of 12 and I could really feel the pain his children must be enduring right now.”

The outpouring appears to show a solidarity among some Farsi members of Twitter for Israeli victims of terrorism. Iran has also suffered under terrorism and Iranians who oppose the regime have become tired of its constant obsession with Israel. (Source: Jerusalem Post)

Israeli Prime Minister Benjamin Netanyahu paid a condolence visit to the family of Rabbi Achiad Ettinger, a father of 12 killed in a terror attack in the West Bank.

“The shock is enormous. From what I have heard about Achiad, he was an amazing person, a man of valor with nobility of soul,” the prime minister told family members on Tuesday at their home in the Eli settlement. “The pain over your loss is immense; I understand how deep it is. But I want you to know that it is a shock to the heart of the entire people.”

On Sunday morning Omar Abu Laila, 19, of the Az-Zawiya village allegedly stabbed and killed a 19-year-old Israeli soldier, Gal Keidan, and stole his gun, shooting at passing cars at the junction where he hit Ettinger, before getting in a car abandoned by a frightened driver. He headed to the next junction, where he shot at soldiers waiting at a bus stop.

Another 19-year-old soldier shot at the Gitai Junction was taken off a respirator on Tuesday and has regained consciousness. (Source: JTA)

Just this week Iran’s president urged Iranians to put a curse on the United States, Israel and Saudi Arabia, reiterating his long-standing charge that the U.S. and its allies are responsible for the country’s ailing economy.

“Put all your curses on those who created the current situation,” Rouhani urged Iranians, adding that “the United States, the Zionists” and Saudi Arabia were to blame. (Israel Hayom)