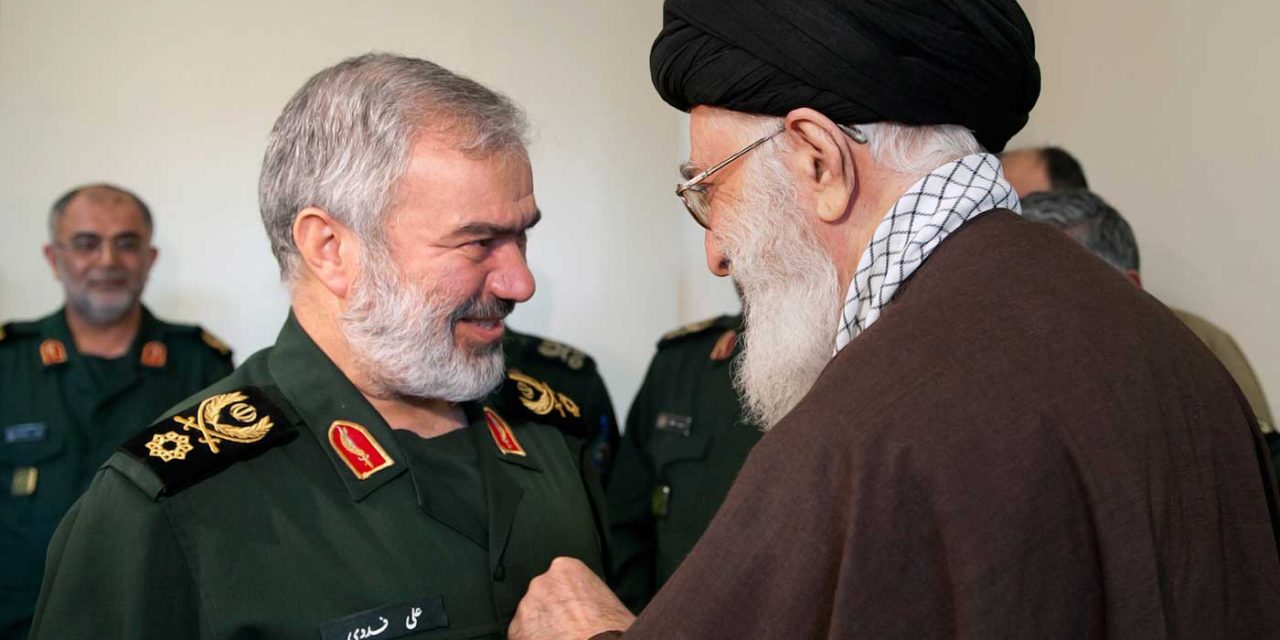 An Iranian commander has boasted that Israel is besieged “from all around their borders” and that not an inch of Israel is spared from the reach of Iranian missiles.

The threatening statement was made by the Commander of the Islamic Revolution Guards Corps (IRGC) Major General Mohammad Ali Jafari.

“While they once dreamed of their territorial expansion from the Nile River to the Euphrates River, and they were after realizing this wish in the past 50 years, today you can see that they have been unable to expand their land even for an inch; they even have lost some of the territories they had already occupied and are under full siege from all around their borders,” he continued.

This news comes just before the Jewish feast of Purim, when Jewish people around the world celebrate the Biblical story of Mordecai and Queen Esther and her actions saving the Jewish people from Haman, who was planning to kill all Jews in the ancient Persian Empire (modern day Iran).

Iran’s development of rockets that can reach into Israel and their equipping of Hezbollah at Israel’s northern border along with Hamas and Islamic Jihad at Israel’s southern border are reasons why Israel takes this threat so seriously.

Iran’s ambitions are clearly and repeatedly stated. Only last month, the head of the Iranian air force said his young airmen are “impatient to eliminate the Zionist regime.” Meanwhile the UK stands at a crossroads in deciding whether it will continue down the path of appeasing Tehran or change its course by independently choosing to align itself with Israel. It is with this backdrop and the understanding of the threat to Israel from the north that we today launch Operation Mordecai.

What better way to mark the revolution’s 40th anniversary year than for Christians to rise up and proclaim to Israel: “We stand with you, you are not alone; we are ready to take action”.

Operation Mordecai takes inspiration from the Biblical account of Esther’s cousin, Mordecai, whom having heard of the plot to annihilate the Jews, sought the Lord, warned about what was planned and took action.