Iranian politicians chant “Death to America” and burn US flag 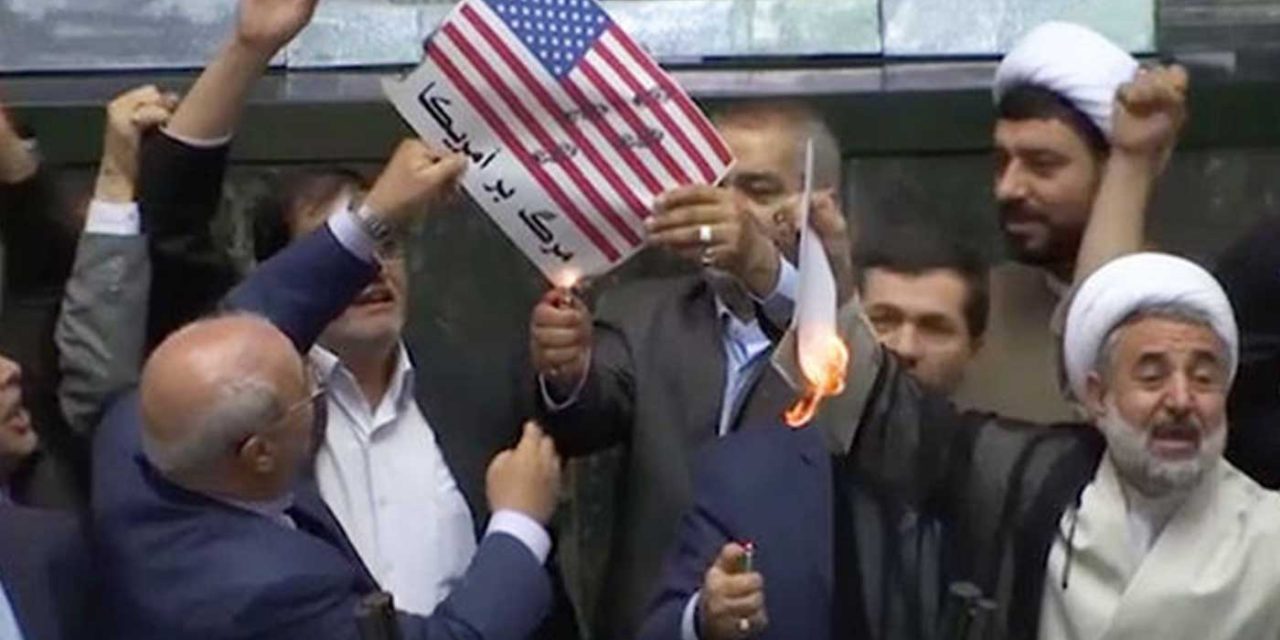 Iranian lawmakers were outraged over US President Donald Trump’s decision to pull out of the 2015 international nuclear deal set alight a paper US flag on the parliament floor.

The MPs staged the demonstration on Wednesday morning, the day after Trump’s announcement, and chanted “Death to America”.

Iran’s parliament speaker, Ali Larijani, said: “If Europe and important countries like Russia and China fill this international vacuum (in the deal), perhaps there will be a way to continue. Otherwise, the Islamic Republic of Iran will bring them (US) to their senses with its nuclear actions.”

“They have to know that under such circumstances, Iran has no commitment to remain in the nuclear position it was in before.”

His comments were met with further chants of “Death to America”.