Corbyn angry at Netanyahu over claims “West Bank” is Israel 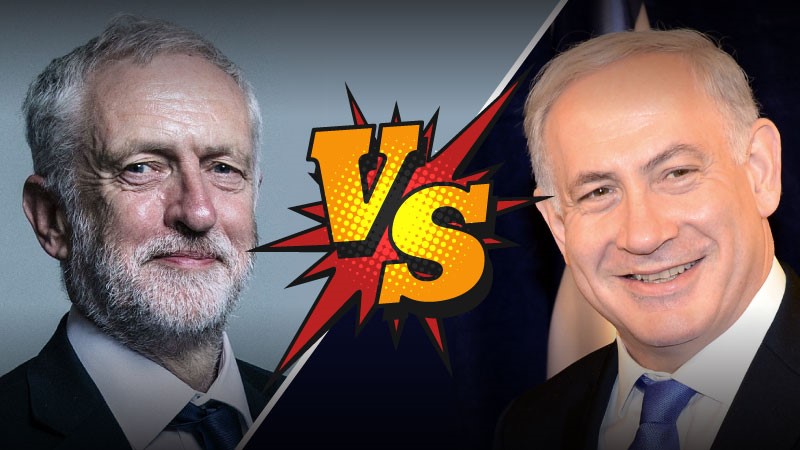 Jeremy Corbyn, leader of the Labour party, has triggered a Twitter storm after reacting to comments by Benjamin Netanyahu that he would annex the Jordan Valley in the so-called West Bank.

Battling to win reelection on September 17, Netanyahu issued the pledge on Tuesday night, drawing firm condemnation from the Palestinians, Arab states, the United Nations and the European Union. He also repeated his intention to annex Israeli settlements in the wider West Bank, but in coordination with US President Donald Trump.

But the Labour leader was quick to condemn Netanyahu over his election pledge,with Jeremy Corbyn saying it would be illegal.

The pledge followed comments made by the Israeli PM earlier in the month that he would extend Israeli sovereignty to all settlements in Judea and Samaria.

He told a group of school children on the election campaign trail that  no more settlements will be evacuated, as happened in 2005 when the entire Israeli civilian presence in the Gaza Strip — known collectively as Gush Katif — was removed.

Netanyahu can’t just decide to make a third of the West Bank part of Israel.

It would be an illegal act, deny the Palestinian people the right to self-determination and be a dangerous threat to the chance of peace and security for both peoples.

Investigative blogger, David Collier, tweeted, “Coming from someone who doesn’t criticise the ‘illegal’ acts of Hamas and Hezbollah, but rather calls them ‘friends’, I find your one sided narrative somewhat tiresome. Rockets fired on Israel yesterday and today. No comment?”

Meanwhile Israeli journalist Arsen Ostrovsky tweeted, “If only you were as quick to condemn your mates in Hamas or the Antisemitism in your party, as you are to rush to condemn Israel &amp; Netanyahu!”

At 11am on 12 September, Twitter user under the name <a href=”https://twitter.com/JoosyJew/status/1172101822586265600″>@JoosyJew</a> analysed Jeremy Corbyn’s most recent six Tweets, looking in turn at the number of Comments on each one; the number of Retweets; and the number of Likes.

Here are the results: 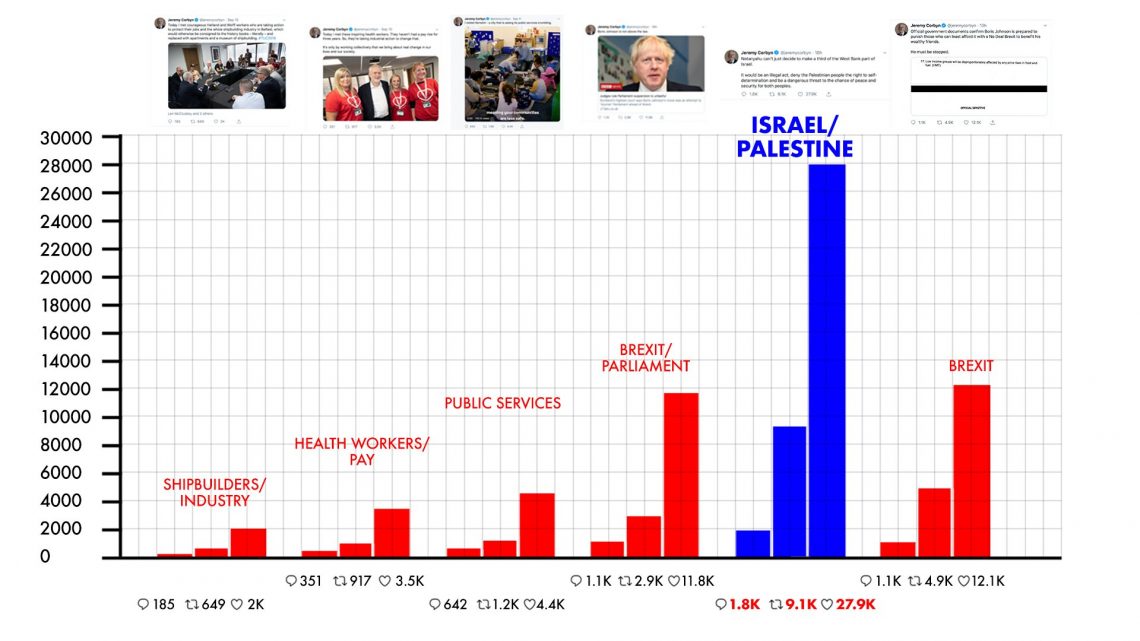