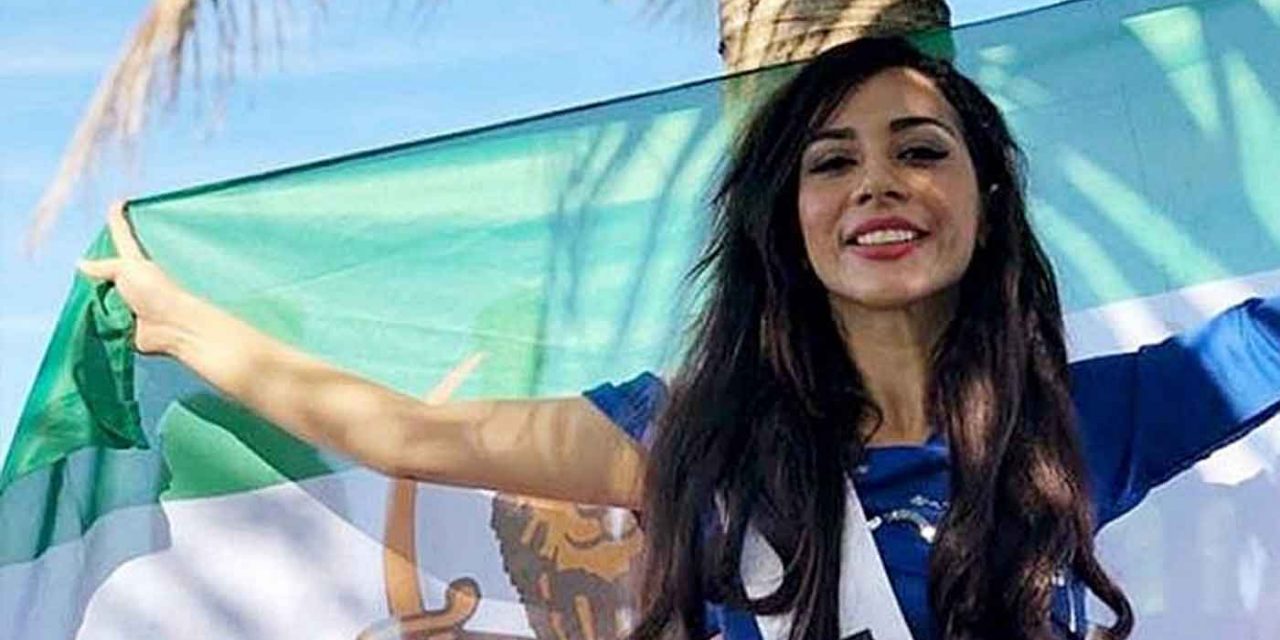 An Iranian beauty queen who supports protests against the brutal Iranian regime has requested asylum in the Philippines after an Interpol alert about her filed by Tehran got her detained at the Manila airport.

Bahareh Zare Bahari has been held at Ninoy Aquino International Airport’s Terminal 3 since October 17, as authorities examine Iran’s allegation that she assaulted a fellow Iranian in the Philippines and Bahari’s counter-claim that the Islamic Republic is targeting her for her political activism and that the charges against her are fake.

@rrd_davao @dfaphl
Our Compatriot Bahareh Zare Bahari is arrested by Interpol. They say: Iran ordered them to do this. Regime in Iran did this because Bahareh spread our voice: Long live Shah. Because she used Iran’s original flag and photo of Prince Crown Reza Pahlavi.
#duterte pic.twitter.com/CHbpHS4Qbe

Various media outlets have quoted Bahari as saying that if she is deported to Iran in compliance with the Interpol Red Notice, “they will kill me.”

“I am against our government. The Iran government is terrorist. I always try to [give a] voice [to] my people on media,” she told The Philippine Star.

“I used [Pahlavi’s] photo on stage to be [the] voice of my people because all news and media are ignoring my people,” she told The Telegraph on Tuesday.

Bahari, who represented Iran at the 2018 Miss Intercontinental pageant in Manila and who has been studying dentistry in the Philippines since 2014, is an outspoken women’s rights advocate and a supporter of opposition activists in her country.

Earlier this year she angered Iran’s Islamist government by waving a photo of prominent government critic Reza Pahlavi at a pageant. Joining a beauty pageant is in itself frowned upon by the conservative religious leadership.

Markk Perete, undersecretary at the Philippine department of justice, said: “The only reason she was held at the airport — and we really don’t call it detention, it is really restraining her from entering the Philippine territory — is only because of that Red Notice issued against her.”

Phil Robertson, deputy Asia director for Human Rights Watch, was quoted by The Telegraph as urging a “fair and impartial hearing of her claim” and saying it was “absolutely critical the Philippines provides Bahareh Zare Bahari with support, including access to legal counsel, to compile and file her asylum application.”

“While waiting for the details to become clear, there should be no action under Iran’s Interpol red notice, especially since under Interpol rules a red notice is null and void if the person named in the notice is found to be a refugee fleeing from the state that issued it.”

An Israeli firefighting delegation, comprised of C-130J Hercules transport planes, took off for the island of Cyprus to help put out fires that are spreading in the north of...
Read More
Share
Tweet
Email
More
625 Shares