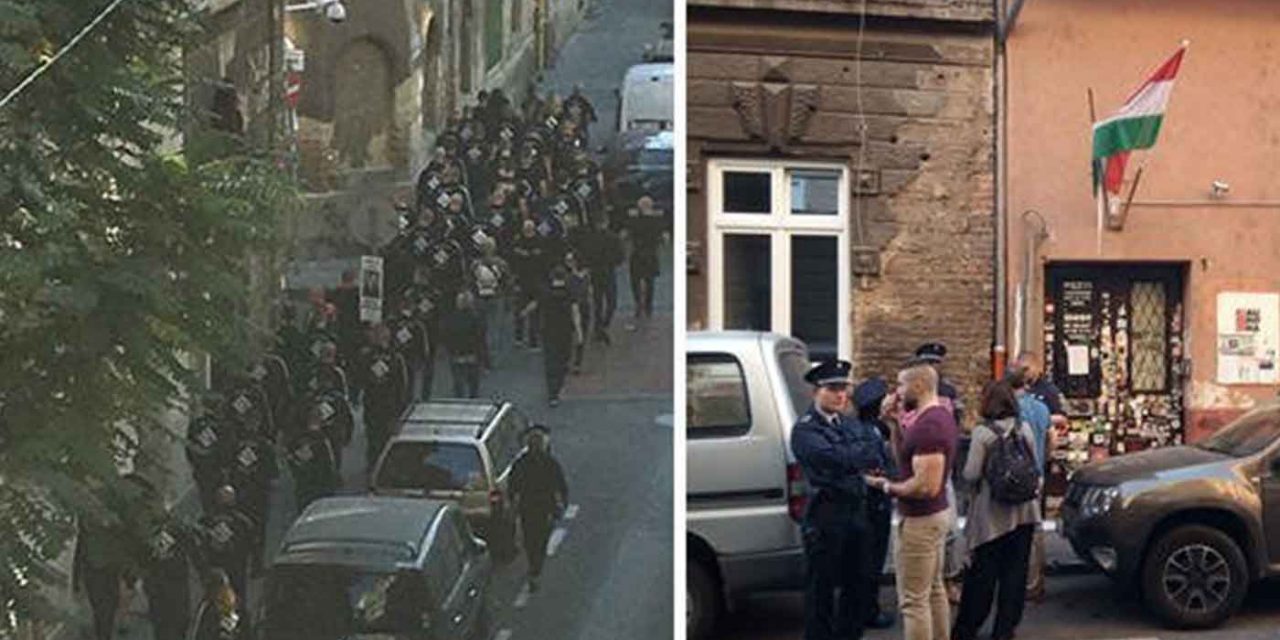 Some 50 neo-Nazi activists have burned flags and graffitied a Jewish community center in Budapest.

No injuries were reported in the incident, as the building was empty at the time of the attack. The center did, however, sustain minor damage when the neo-Nazis attempted to set it ablaze.

According to reports, local police were slow to intervene.

The neo-Nazis in question are believed to belong to the Sixty-Four Counties Youth Movement, the country’s most prominent radical right-wing group.

This was not the first time the extremist group has targeted the Auróra center. Two years ago, seven black-clad members of the organization hung posters of Hungarian American billionaire George Soros with his face crossed out on the building’s exterior and spray-painted anti-Soros graffiti on its walls.

Later, members of the Sixty-Four Counties group posted a video online in which they claimed that “the Jewish center promotes deviant circles and the gypsy community’s media center. The groups that use Auróra, whether Jewish or not, are far from being invulnerable. We will come to ‘say hello’ once more.”

According to Adam Schonberger, the director of the Conservative Marom Jewish association and the man who founded the centre in 2014, these were isolated incidents. He said that relations with the local community were positive on the whole.