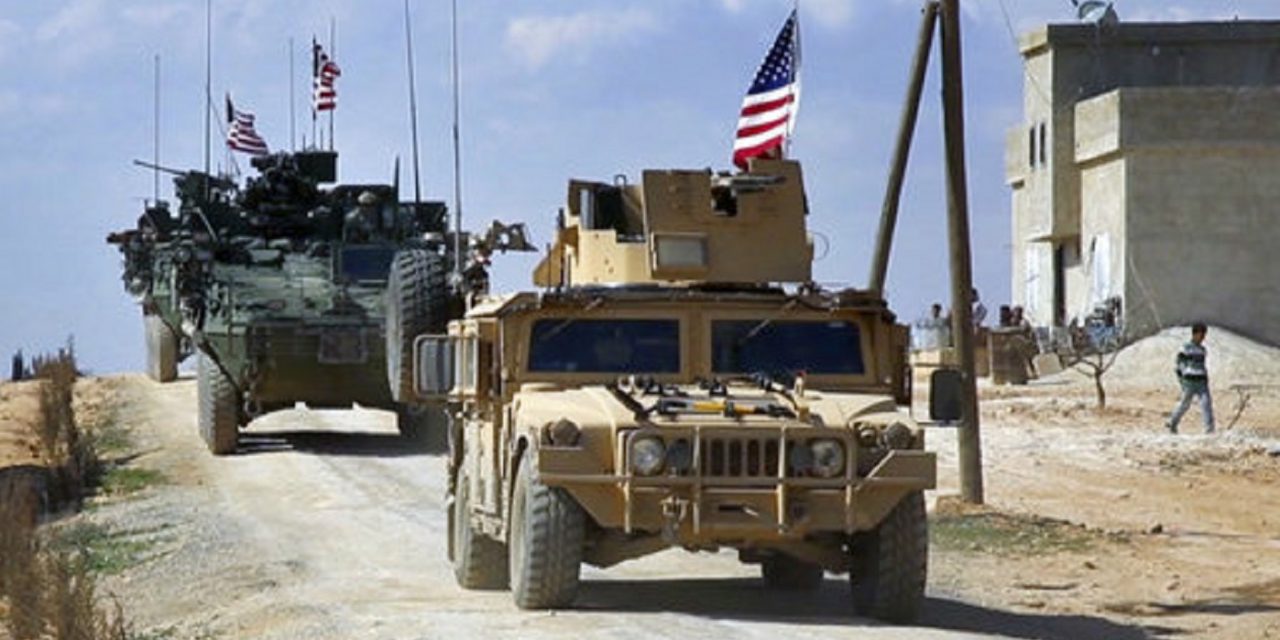 (TheTower) The Iran-backed terrorist group Hezbollah on Wednesday threatened to strike U.S. positions inside Syria if it crosses any “red lines,” the Associated Press reported.

The Lebanese group released a video claiming to show an American drone tailed by an Iranian one over eastern Syria, depicting it as evidence that it could strike U.S. targets at will.

The threat follows a strike by American planes earlier this week against forces supporting Syrian President Bashar al-Assad. The pro-regime forces entered a well-established deconfliction zone near the Tanf Garrison in southeastern Syria, which is used by U.S. and coalition forces, according to U.S. Central Command (CENTCOM). Coalition forces “issued several warnings via the de-confliction line prior to destroying two artillery pieces, an anti-aircraft weapon, and damaging a tank,” CENTCOM said. U.S. planes also struck a convoy of pro-Assad forces last month after it entered the deconfliction zone near Tanf. The zones were established by the U.S. and Russia in order to reduce the likelihood of accidental military encounters.

U.S., British, and Norwegian forces in Tanf are training Syrian rebels to fight against the Islamic State in Raqqa. The base has “become a front-line outpost in the US containment of regional power Iran, whose allies are advancing on the garrison from two directions,” the Christian Science Monitor explained this week. It is located near a highway that “links Baghdad and Damascus and serves as a coveted overland route that could provide Iran with access to its strategic Lebanese Shiite ally, Hezbollah.”

Last week, an Iran-backed Shiite militia captured the Iraqi border town of Um Jaris, to the east of Tanf. To its northwest, “a combined force of Syrian troops, Hezbollah fighters, and Iraqi Shiite militiamen are mobilizing for a southward thrust to seize the Tanf border crossing,” the Monitor reported.

“I think any assault on Tanf [by Iranian-backed groups] would meet with a vigorous and effective military response,” Frederic C. Hof, director of the Rafik Hariri Center for the Middle East at the Atlantic Council in Washington and previously a top Obama administration official, told the Monitor. “I do not know the rules of engagement in effect for US ground forces, but an Iranian-Hezbollah assault on Tanf would, I think, be quite reckless and not likely to succeed.”

Hezbollah said that only “self-restraint” was keeping it from attacking U.S. forces.

This isn’t the first time that Iran and its allies have threatened the U.S. in Syria. Russia and Iran warned in April that a U.S. strike on the Ash Sha’irat airbase in Syria, which the U.S. believes was used to launch a chemical weapons attack that killed dozens of civilians in northwest Syria, crossed “red lines.” The allies vowed to “react firmly to any aggression against Syria and to any infringement of red lines, whoever carries them out.”