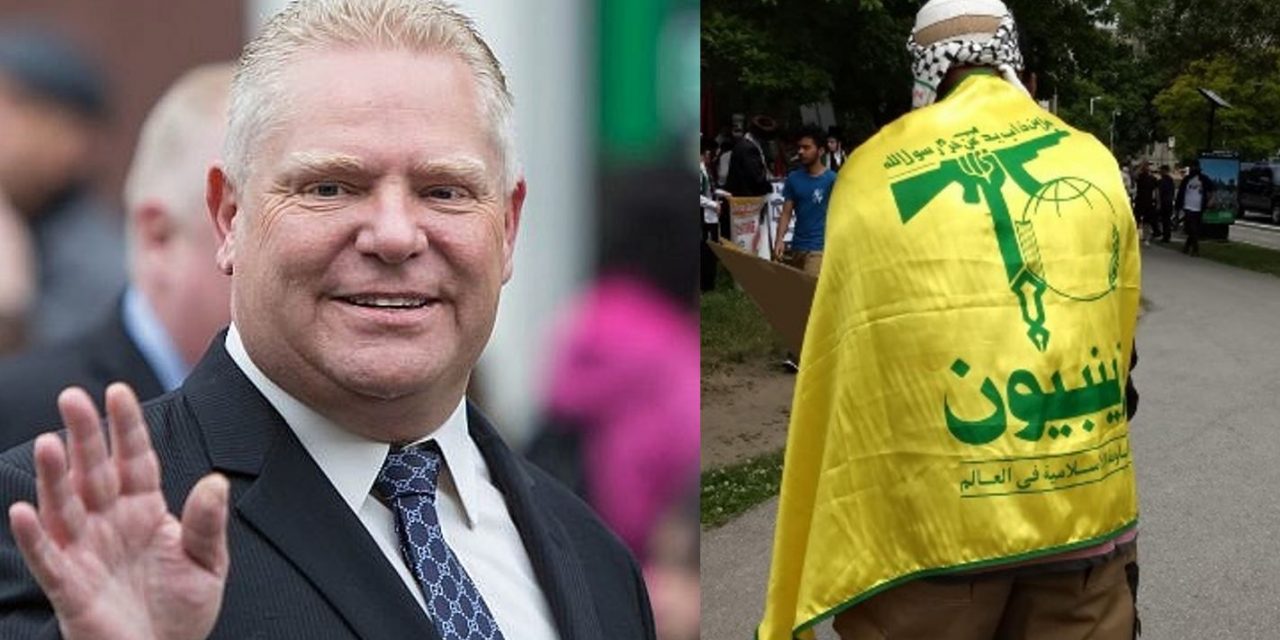 The incoming head of Ontario’s local government said he will work to ban an annual anti-Israel rally from taking place in Toronto in the future, after a speaker at a march last week called for the “eradication” of Zionists.

The promise from Doug Ford, premier-elect of the Canadian province, came after a Jewish group complain ed over Al-Quds Day rally that took place in the provincial capital Toronto on Saturday.

“Our government will take action to ensure that events like Al-Quds Day, which calls for the killing of an entire civilian population in Israel, are no longer part of the landscape in Ontario,” Doug Ford posted on Twitter on Sunday.

Our government will take action to ensure that events like Al Quds Day, which calls for the killing of an entire civilian population in Israel, are no longer part of the landscape in Ontario.

The Iran-initiated annual day of worldwide protest takes place on the last Friday of Ramadan, and usually features flags of the Iran-backed terror group Hezbollah and sees calls for Israel’s destruction from speakers and activists.

Ford, who is due to assume office at the end of June, called the Toronto rally “racist” and “anti-Semitic.”

“Blatantly racist or anti-Semitic ideology should never be permitted on the grounds of the Legislative Assembly of Ontario, or anywhere else in in [sic] our province,” he wrote.

According to the Toronto Sun, the largely peaceful march of some 500 demonstrators began at Queen’s Park and ended at the US consulate in the city.

The Sun reported that a Hezbollah flag was flown at the march, while demonstrators held signs that called Jews “racist” and accused them of implementing apartheid.

“The annual al-Quds Day hatefest is a stain upon Toronto’s open and tolerant image,” according to B’nai Brith Canada CEO Michael Mostyn, whose group filed a police complaint against the march.

In online video footage of the event, one organizer calls out, “The clock is ticking, the time is coming when we will see the fall of the illegal entity of Israel. From the river to the sea, Palestine will be free.”

One local Muslim religious leader, Sheikh Shafiq Hudda, used his speech at the rally to call for “the eradication of the unjust powers such as the American empire, such as the Israeli Zionists.”

“The government of Israel, the state of Israel has committed acts that no other country and no other nation, no other entity has committed,” he charged, according to a transcript provided by MEMRI.

He called on the IDF to invade Gaza, where Israeli soldiers would find their deaths. “If you are not cowards, if you are brave, send your army into Palestine. Why bomb, why send missiles, and aerial bombardments? Start fighting soldier to soldier, face to face. We know you can’t do that, because you are cowards. You’re afraid, because you will leave in body bags…. Come forward, we challenge you, we challenge the Israeli Defense Force. Fight like men, not cowards.”

Some marchers reportedly attacked a reporter.