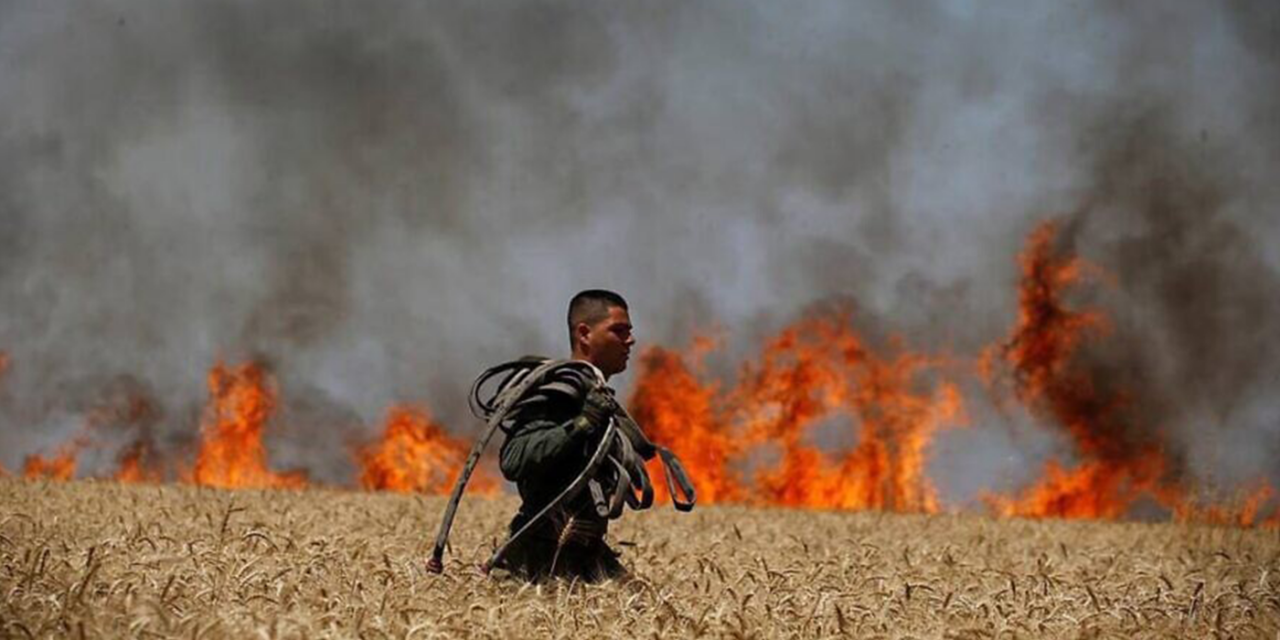 Footage showing the aftermath of an incendiary-balloon attack from Gaza on the fields of Kibbutz Nir Oz has emerged, as local volunteer and professional firefighters have been rushing to put out at least four spot fires in the Eshkol Region in the past 48 hours.

“We are grateful for the specialized, critical-response fire wagons that allow us to support the professional firefighters,” he said. “The smaller size of our equipment enables us to access areas where larger firetrucks cannot go, like in the fields and near creeks.”

While the world’s attention has been focused on the coronavirus and protests against racism, terrorists in the Gaza Strip have continued to send incendiary devices into Israel.

“Nothing has stopped,” laments Isaacson. “Hamas and Islamic Jihad continue to train day and night, while they conduct more and more missile tests.”

Right now, he added, “the terrorists are using balloons; however, they change strategies depending on their intention. Whether it’s demonstrations along the border or firing missiles at Israeli towns, nothing has stopped. It may be quieter due to corona, but we are always ready to face fires, missiles or whatever they try to throw our way.”