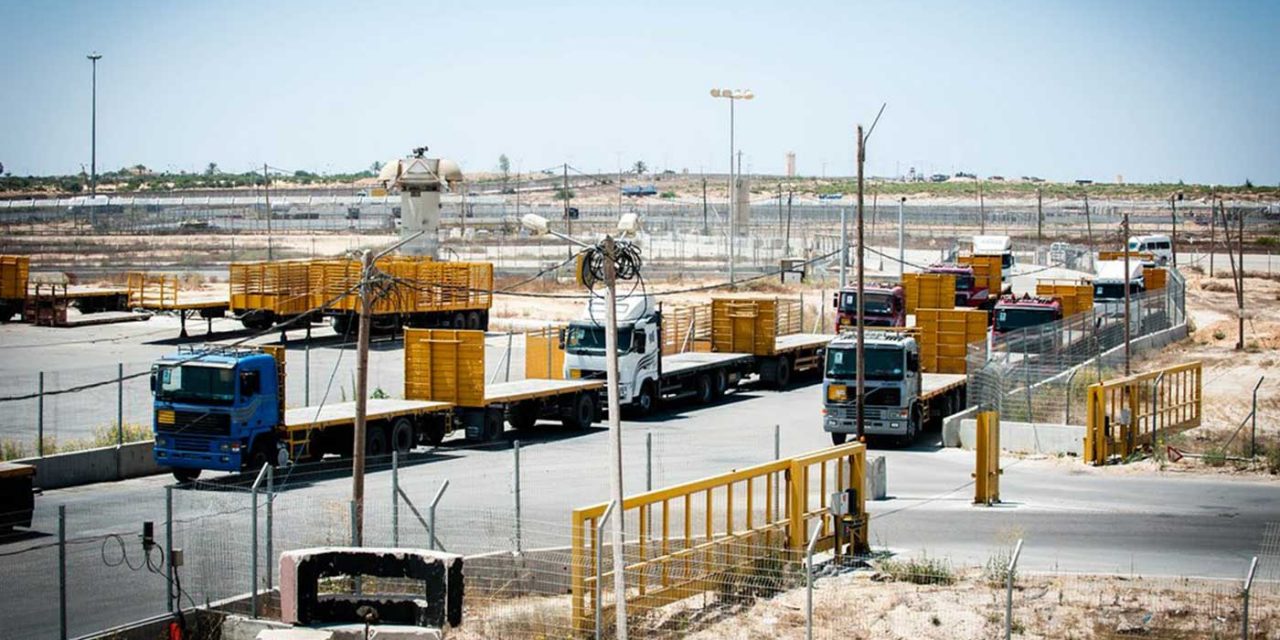 Israel has closed the Gaza’s Kerem Shalom crossing to all but essential humanitarian aid and fuel, in response to Hamas rocket fire and the launching of incendiary balloons at the country’s southern communities.

“The decision was made due to the continued launching of incendiary balloons from the Gaza Strip into Israel,” the office of the Coordinator of Government Activities in the Territories (COGAT) said.

Kerem Shalom is Gaza’s main commercial crossing; its closures by Israel are often a sign of heightened tensions with Hamas.

“The decision was made following security deliberations and in light of repeated terror attacks committed by terrorist organizations in the Gaza Strip against Israeli citizens, which is a violation of Israeli sovereignty,” COGAT said.

Such violence “will first and foremost harm the residents of the Gaza Strip, its economic growth and the attempts to improve the civilian situation of its residents,” it said.

“The IDF and the State of Israel will react forcefully and in an uncompromising manner to any violation of our sovereignty and to any threat imposed to our citizens,” COGAT warned.

“Hamas is fully accountable for all that is done in the Gaza Strip, as well as for actions launched from Gaza against Israel,” it said. “Hamas will therefore have to deal with the consequences of the violence committed against the citizens of Israel.”