In Parliament event where Palestinian called Jews ‘Nazis’, Corbyn had police remove the Jews who disagreed 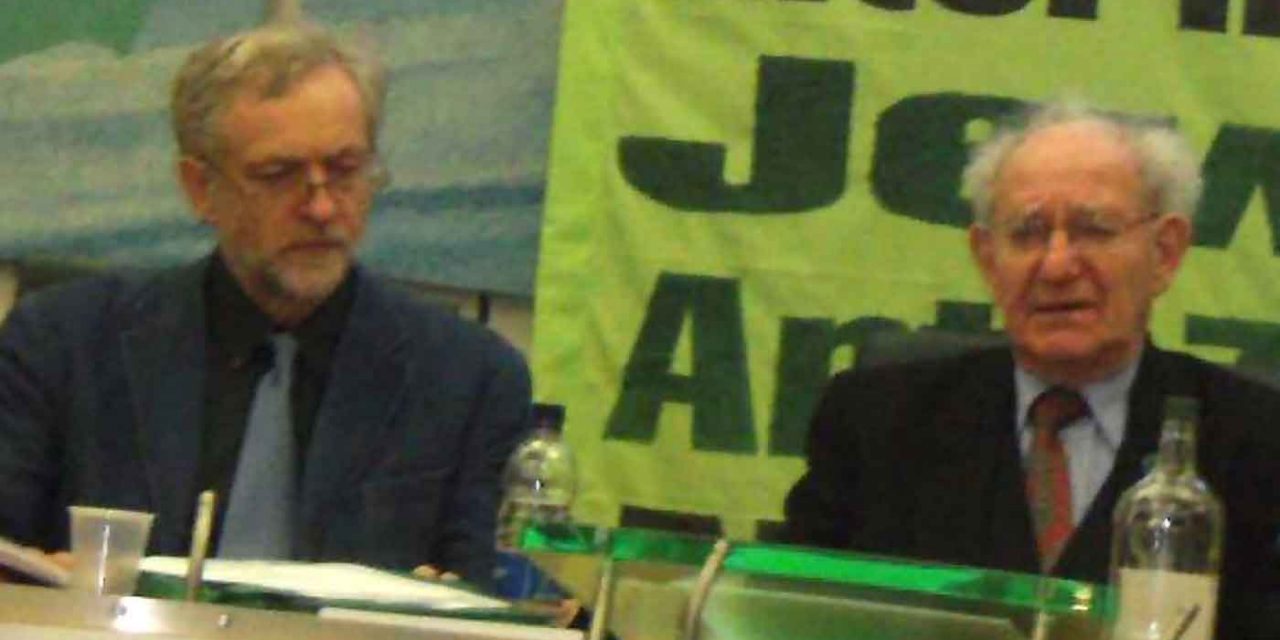 Jeremy Corbyn has been forced to issue an apology after it emerged that he had been part of an anti-Israel meeting in Parliament in 2010 where Jews were called Nazis.

Corbyn chaired the event which was organised by the Scottish Palestine Solidarity Campaign and International Jewish Anti-Zionist Network. The latter of these two groups accuses zionists of exploiting the Holocaust in order to oppress the Palestinians.

During the meeting two speakers said anti-Israel remarks. One, Hajo Meyer, a Jewish Holocaust survivor, accused Zionists of using the Holocaust “to justify the ethnic cleansing of Palestine” by Israel.

Haidar Eid, a Palestinian activist who spoke via video uplink from Gaza, said, “The thing to learn from Gaza 2009 is that the world was absolutely wrong to think that Nazism was defeated in 1945.”

He then went on to make the atrocious claim that “Nazism has won because it has finally managed to Nazify the consciousness of its victims.”

Note that the Jews were the victims of the Nazis, not Israel. This claim is to say that Jews themselves have become Nazis. This is not a criticism of Israel but of Jews and is blatant anti-Semitism.

So how did Jeremy Corbyn react to this anti-Semitism?

You can hear the voice recording in the video below, but Corbyn does not utter a word of condemnation or disagreement. Instead, he is heard telling people to be quiet and for the anti-Semitic speaker to continue.

And worse, he is alleged to have actually ordered police to remove Jews who protested against the comments.

The Jewish Chronicle reported an eyewitness of the event, Mr Katz, who said that he had decided to attend the event, which was billed as “Never Again – For Anyone”, rather than going to the official Holocaust Memorial Day (HMD) commemoration at the Guildhall.

He described how “the event was slanted as anti-racist but the room was brimming with raging hatred, directed at Israel and Jews not sharing the organiser’s views”.

Mr Katz wrote: “Jeremy Corbyn walked down the aisle with a policeman, pointing to those he wanted removed. As he approached me, I held up my HMD invitation and demanded to question my fellow survivor but no questions were allowed.”

In an article published by the JC at the time, another Jewish person in the room also described how “five pro-Israel supporters had been evicted from the room by the police at the behest of Jeremy Corbyn MP.” 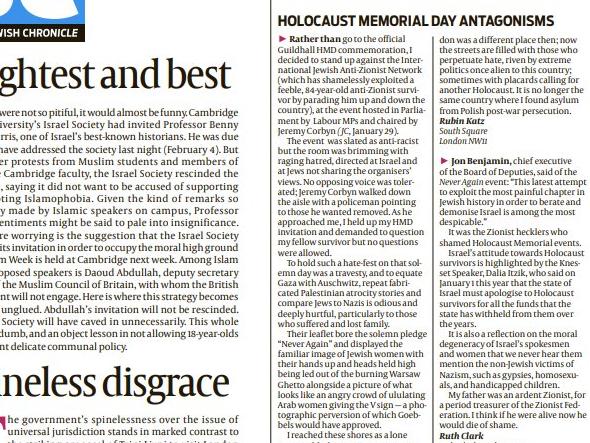 The JC does note, however, that some oppose this view saying Corbyn was not responsible for the evictions.

Regardless of that, Corbyn still chose to silence those opposing anti-Semitism instead of the anti-Semite, and there is voice recordings to prove that.

Another eyewitness, Richard Millet, interviewed in the video below described Corbyn’s actions on that day, saying, “He (Corbyn) just wanted to let one point of view to reign and for everyone else to be quiet”.

In a statement issued yesterday, eight years after the event, Mr Corbyn said: “The main speaker at this Holocaust Memorial Day meeting, part of a tour entitled ‘Never Again – For Anyone’, was a Jewish Auschwitz survivor.

“Views were expressed at the meeting which I do not accept or condone.

“In the past, in pursuit of justice for the Palestinian people and peace in Israel/Palestine, I have on occasion appeared on platforms with people whose views I completely reject.

“I apologise for the concerns and anxiety that this has caused.”

At the time, the Jewish Chronicle published a story on the incident where Corbyn is quoted as saying, “Hajo has survived and spent the rest of his life working and campaigning for justice for people all over the world. He has spoken out against the dehumanising effects of occupation very forcefully. Sadly, for much of this he has been condemned, which I regret”.

Channel 4 News gave a semi-balanced report on the incident and provided a voice recording of the event.