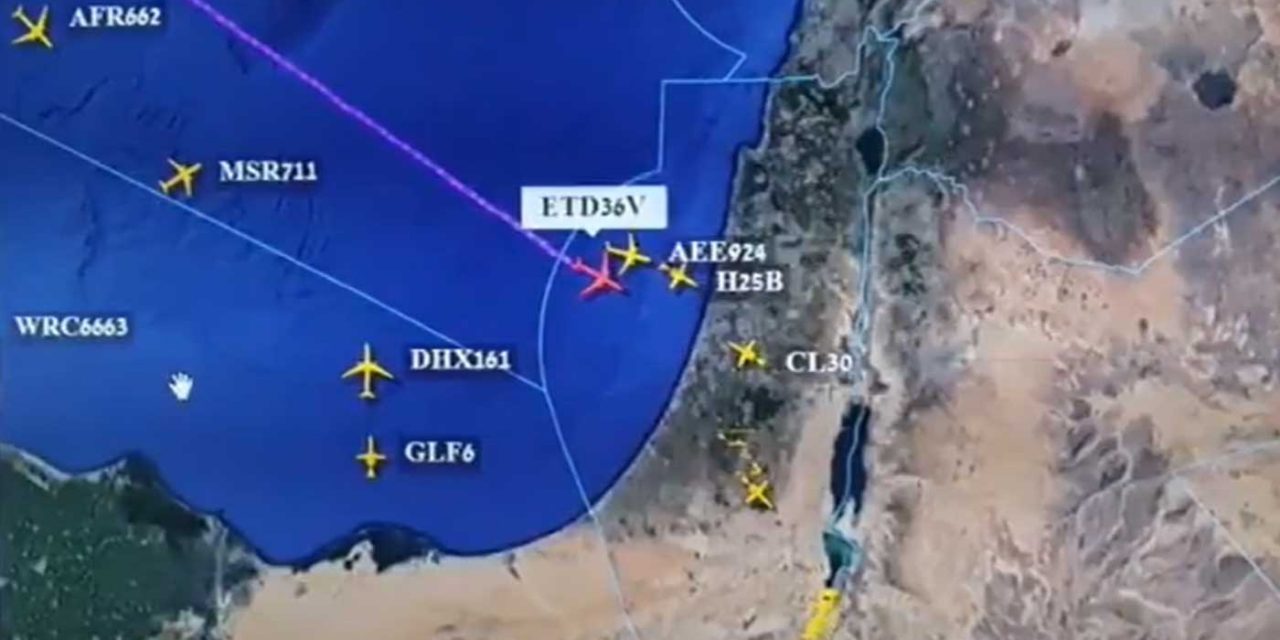 An Etihad Airways flight from Milan to Abu Dhabi crossed Israeli airspace on Wednesday, a first-of-its-kind occurrence made possible by recent diplomatic developments in the region, including the Israel-UAE normalization accord and the aviation agreement signed by the Jewish state and Jordan last week.

“Captain, we are thrilled and honored to welcome you to overfly Israel,” an Israeli air traffic controller told the pilot of the Boeing 787 Dreamliner. “This is a historic moment we have all been waiting for. We hope it will inspire the whole region and mark the beginning of a new era, inshallah.”

The pilot replied, “Inshallah, thank you, the honor is ours.”

Listen to the exchange below:

Amazing! Listen to the warm exchange between a UAE pilot and Israeli air traffic controller. This is the first UAE flight to fly over Israeli airspace since the historic peace agreement.

Posted by Christians United for Israel – UK on Thursday, 15 October 2020

Israeli Transportation Minister Miri Regev called Wednesday’s overflight “historic,” and said the establishment of direct routes between Israel and the UAE would mark the start of a “new economic era [of] regional prosperity.”

On Tuesday, an Israeli official said an aviation deal with the UAE would be inked in the “coming days.”