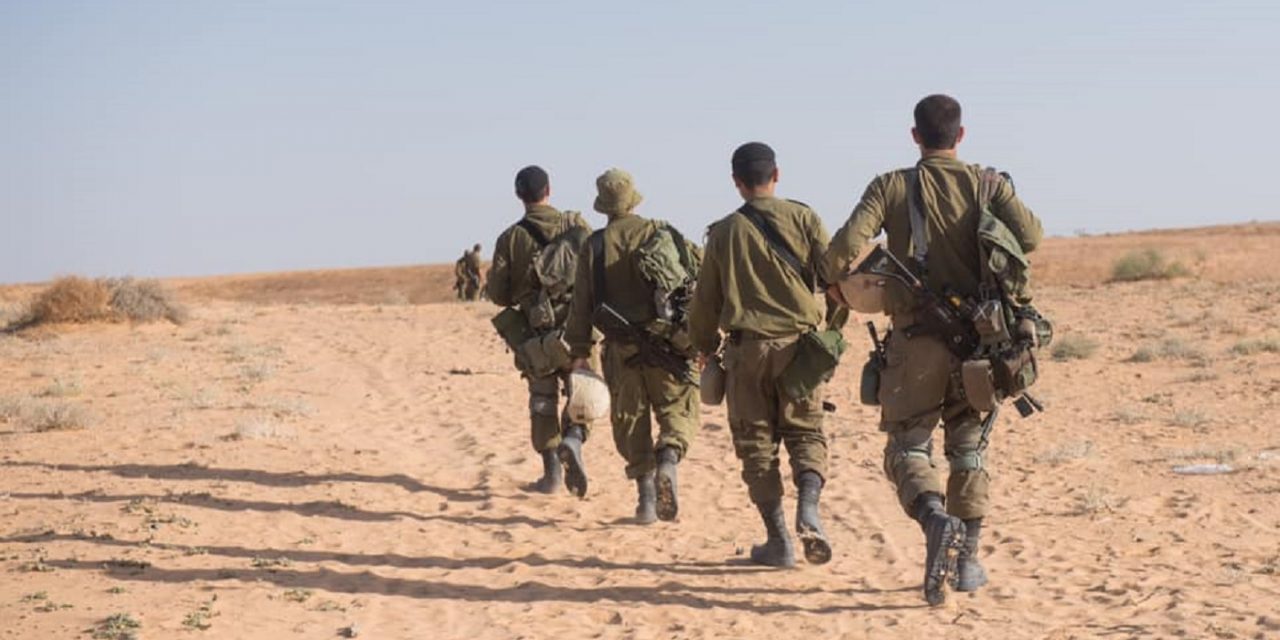 IDF troops found an explosive device on a Palestinian who infiltrated the border from Gaza, the IDF said Thursday.

The man was spotted by troops sneaking across the border Wednesday evening and was arrested by soldiers who were rushed to the spot of infiltration.

“It appears that IDF fighters thwarted an attempted terror attack with the arrest of the terrorist and located an explosive device and a knife,” the IDF Spokesperson’s Office tweeted.

IDF troops who monitor the border fence identified a terrorist approaching the fence who alerted troops on patrol who arrested the terrorist who was taken in for questioning.

The military emphasized that there was no danger to Israel communities in the area of the farming communities Ein Hashlosha and Nirim.

We just apprehended a suspect who crossed from #Gaza into #Israel. Our soldiers located a suspicious object near where the suspect was apprehended.

The suspect is being questioned at the scene & our troops are examining the object.

The @IDF has confirmed that it arrested a terrorist on the Israel-Gaza border last night who crossed the fence armed with a large knife and explosives.
The IDF made it clear that there was no danger at any point to nearby Israeli communities. pic.twitter.com/dgiBAbmeX7