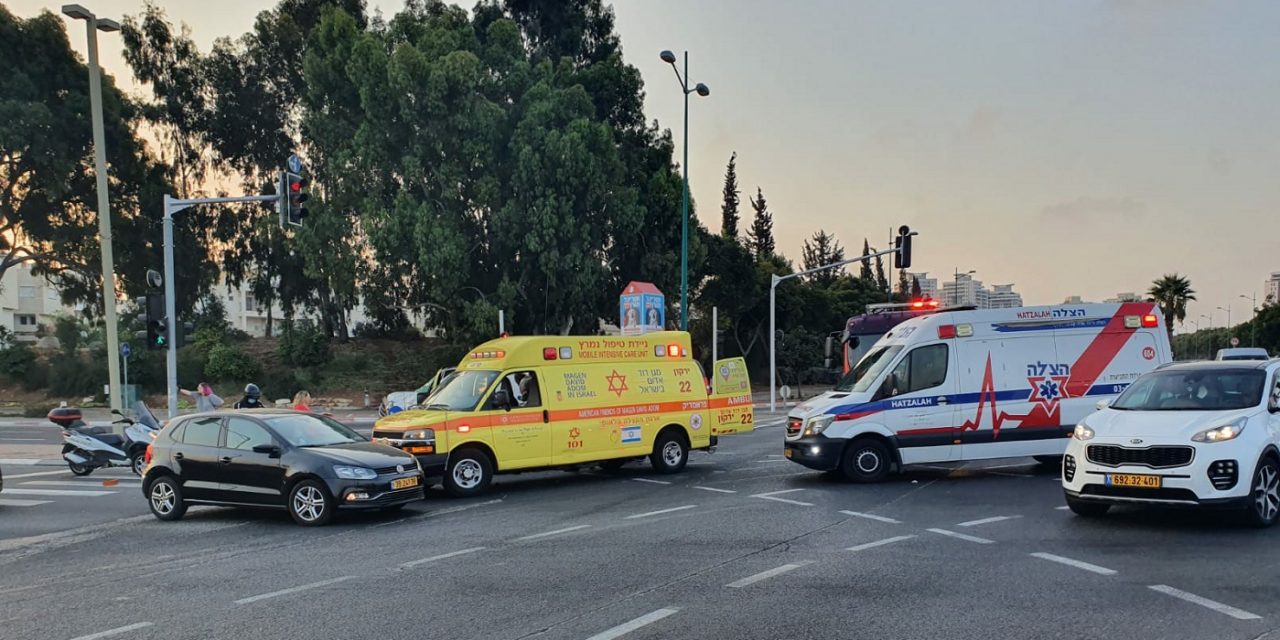 An Israeli soldier and police officer were lightly wounded in a suspected car-ramming attack in the northern West Bank on Wednesday, Israeli officials said.

According to the Israel Defense Forces, the suspect shot the police officer and soldier with his car, and then exited the vehicle and ran at them with a knife before he was shot by the injured police officer at the scene.

CCTV footage of the car ramming attack at Tapuah Junction.

Security camera footage (above) from the scene showed the silver sedan used in the attack cutting across a lane of traffic, weaving between two parked cars and striking the troops at a bus stop near the junction.
The servicemembers were stationed at the Tapuah Junction, south of Nablus, and were handing out a traffic ticket when “a car that was traveling in their direction ran them over,” police said.

“He then stopped the car, got out of the vehicle and ran at them with a knife drawn,” police said. Due to the quality of the footage, that could not be confirmed from the video. A pocket knife was recovered at the scene.

The driver was shot and moderately injured by the officer, the military said.

The suspect was identified by the Gaza-based Prisoner Media Office as Muhammad Jabr Khdeir, from the village of Bita next to Nablus.

The Tapuah Junction, south of Nablus, has seen many attacks on Israeli troops over the years.