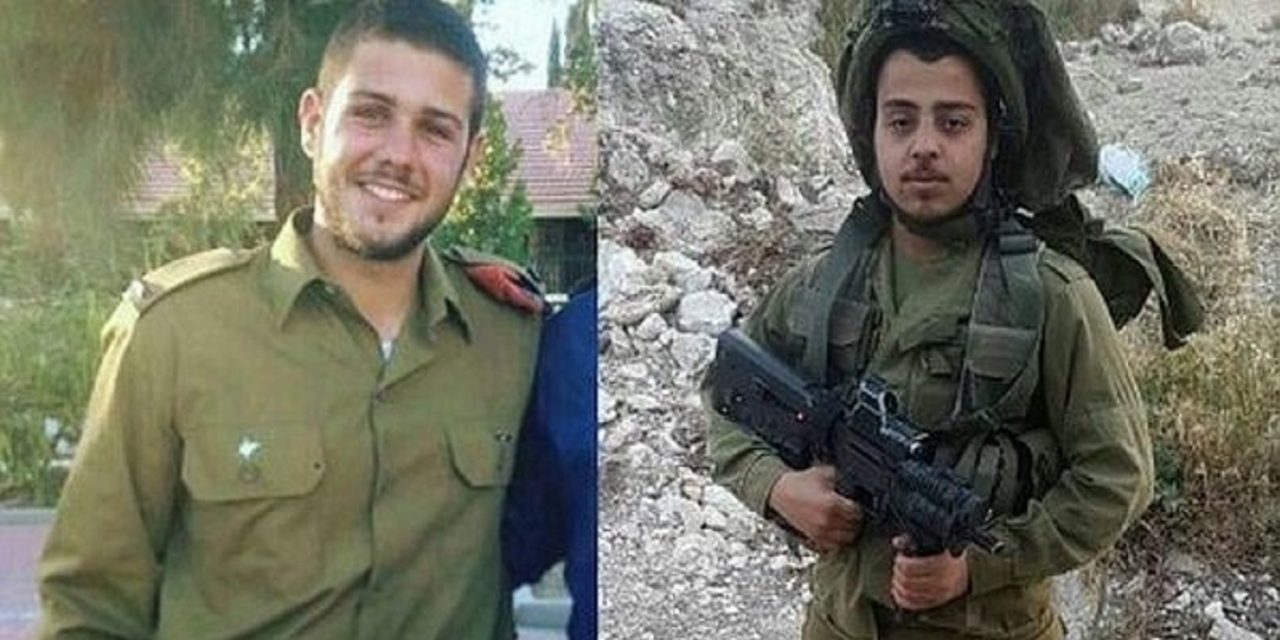 The IDF has identified Ziv Daos and Netanel Kahalani as the murdered victims of a car-ramming Palestinian terror attack late Friday afternoon.

Ala Qabha, 26, from the Palestinian village of Barta’a, rammed his vehicle into security forces before fleeing the scene. He was later found and arrested.

Under questioning, he admitted that he wanted to kill Israelis.

Kahalani, 20, an army driver from the community of Elyakim in northern Israel, was posthumously given the rank of sergeant. He is survived by his parents and four brothers, one of whom is currently serving in the IDF’s elite Golani Brigade.

Daos, 21, from the town of Azor in the Tel Aviv district, served in a rescue team and was posthumously awarded the rank of captain. He is survived by his parents and two sisters.

Three other victims, also in their 20s, were wounded – one lightly, one seriously and one critically. The seriously injured victim is reportedly in moderate condition, with injuries to his limbs. The other remains in critical condition, unconscious and with breathing assistance.

The security agency said that it appeared that he acted alone, and possibly spontaneously.

Qabha did a U-turn on the road before plowing into the soldiers, and accelerated into them, Israeli TV reports said Saturday, leaving no doubt that the attack was deliberate.