IDF medical and rescue teams landed in Turkey Sunday in order to treat several Israelis injured Saturday in a terrorist attack in Istanbul, and transport the wounded back to their home country.

Three Israelis were killed and eleven more were hurt in the bombing, which took place at 11 a.m. Saturday and targeted Istiklal Caddesi, a bustling two-kilometer-long pedestrian street usually thronged with shoppers, tourists and buskers but which was still relatively quiet when the bomber struck.

The Israelis killed in Istanbul were identified as Yonathan Suher, 40, Simha Dimri, 60, and Avraham Goldman, 69. Suher and Goldman were also named as US citizens by the State Department.

Turkish medical officials said that among the Israeli wounded, two were in critical condition, two in moderate condition and six were lightly injured. The condition of one more injured Israeli was not immediately clear.

“IDF doctors will in a few minutes receive the wounded Israelis for further treatment ahead of transporting them to Israel,” the Israeli Foreign Ministry said in a statement Sunday morning. “Israeli diplomats in Turkey worked all night to prepare the ground for the arrival of the IDF teams, treat the wounded, and coordinate with the authorities in Turkey.”

The Israeli victims were part of a 14-member group on a culinary tour of Turkey.

The attack was the sixth major terror bombing in Turkey since July. Over 200 people have been killed in the terror wave. Four of the attacks, including Saturday’s, have been blamed on the Islamic State group, while Kurdish separatists have been accused of carrying out the others.

Dimri, a retired kindergarten teacher and grandmother from the southern city of Dimona, was survived by her husband, Avi, who was moderately wounded in the attack, as well as three sons, a daughter and several grandchildren.The families of Dimri, Suher, and Goldman were reportedly flown to Istanbul late Saturday, where officials took them to identify the bodies of their family members.

Simha Dimri, of Dimona, was killed in a suicide bombing in Istanbul, March 19, 2016. (Facebook via JTA)

Dimri’s sons Nadav and Ben also flew to Istanbul late Saturday, joining a Magen David Adom delegation so they could be at their father’s side as he recuperates in an Istanbul hospital.

Suher, a resident of Tel Aviv, was in Istanbul to celebrate his 40th birthday. His wife, Inbal, was among the two Israelis critically wounded in the attack. He was survived by two children. 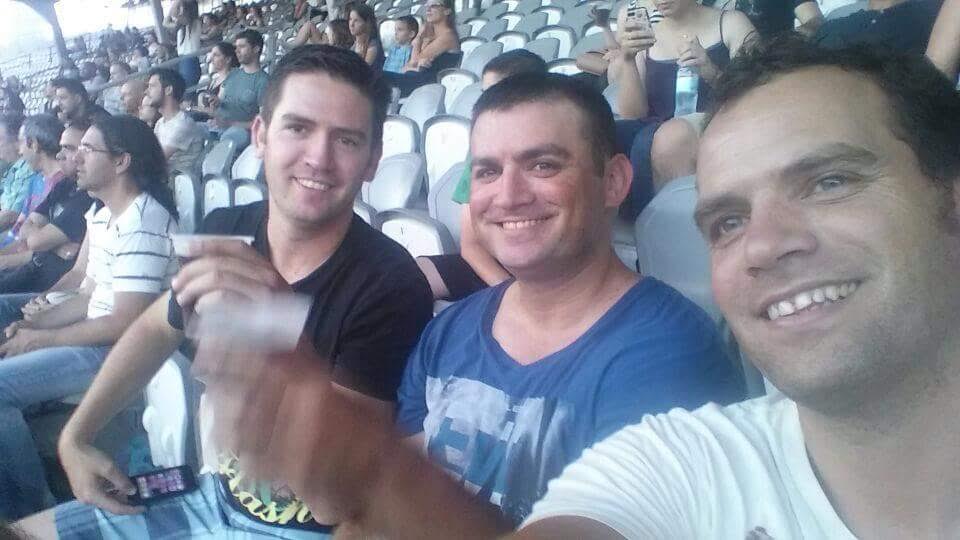 Information about Goldman, the third victim, was not immediately available. He was a resident of Ramat Hasharon, near Tel Aviv.

In all, at least four people were killed and 36 injured in the attack. A fourth victim killed in the attack was identified by Turkish officials as Iranian national Ali Reza Razmhah.

In televised comments after an emergency meeting in Jerusalem Saturday night, Prime Minister Benjamin Netanyahu said officials were investigating whether Israelis had been specifically targeted in the bombing, and said intelligence pointed to it having been an Islamic State attack.

“We don’t have any confirmation that the attack targeted Israelis,” he told reporters.