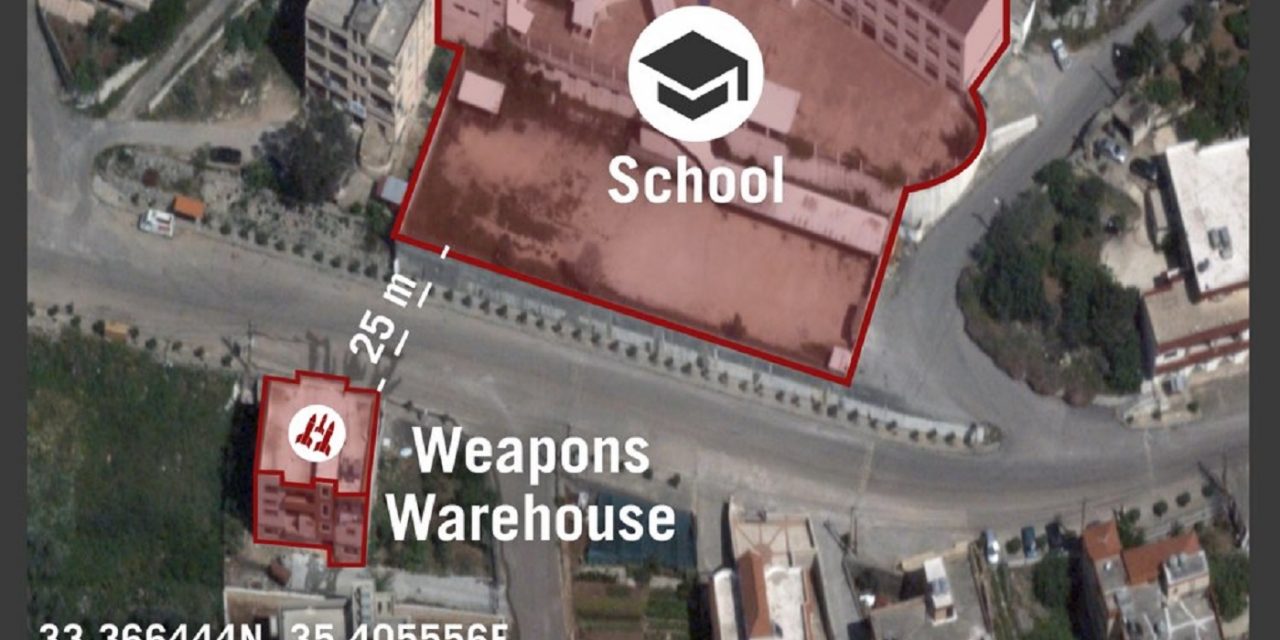 The Israel Defense Forces on Wednesday revealed the location of an alleged Hezbollah arms cache in central Lebanon, saying a large quantity of explosives was being stored in a building across the street from a school.

According to Israeli assessments, explosives with roughly half the destructive power of the massive blast that leveled huge swaths of Beirut last year were being kept in the building in the village of Ebba.

Our intelligence can reveal that Hezbollah has built a weapons warehouse just 25 meters from a school in the village of Ebba, Lebanon.

This endangers the lives of 300 children who attend the school.

Hezbollah doesn't want you to RT this,
but these innocent children need you to pic.twitter.com/FJyEyJZrIu

The military refused to elaborate on the nature of the weaponry it suspected was being kept in the building.

The IDF anticipated that following its exposure of the site, Hezbollah would quickly empty the structure and move any munitions inside elsewhere.

While this would deny the military a target for attack in any future conflict, the army said it was prepared to show its hand now, signaling to Hezbollah the depth of its intelligence-gathering and exposing to the world the terror group’s apparent endangerment of children.