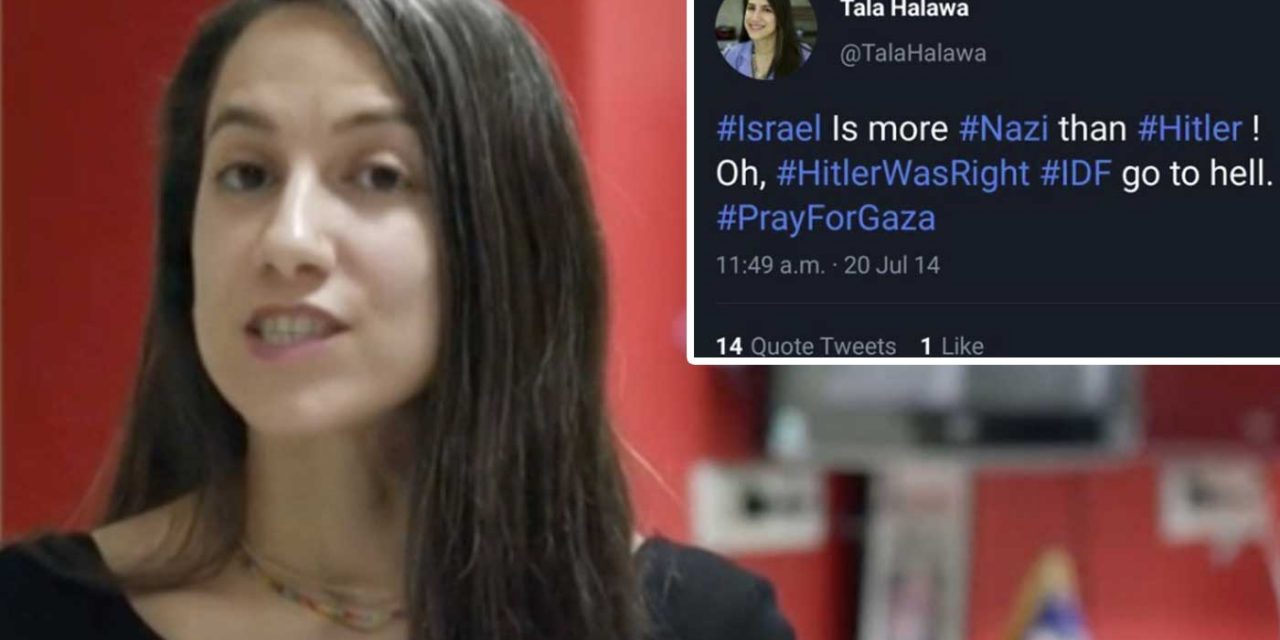 A former BBC journalist who was sacked for tweeting “Hitler was right” claims she is the victim of a “pro-Israel mob”.

Tala Halawa, who formerly worked at BBC Monitoring, was fired by the BBC earlier this year after an anti-Semitic tweet she made before joining the BBC came to light in which Halawa praised Hitler while commenting on the 2014 Israel-Gaza conflict. The offensive tweet had also claimed “Israel is more Nazi than Hitler.”

While offering an apology for what she called “a single offensive and ignorant tweet,” Halawa then attempted to blame the situation on a character assassination:

“The #BBC…capitulating to pressure from external pro-Israel interest groups and right-wing media outlets determined to eliminate Palestinians from public life.

“The BBC’s immediate dismissal at the whim of a pro-Israel mob is all the more absurd given the actual reason pro-Israel groups trained their sights on me: I recently published a video report for the coorporation about celebrities being criticised, trolled and cancelled for supporting Palestinian self-determination. But I am not alone. This pro-Israel censorship campaign is industrial in scale and international in its reach.”

“The trend of bad-faith intimidation of reporters from the region by hostile actors and organised public flogging are aimed at setting the parameters of acceptable journalism to suit Israel and policing international media to maintain institutional pro-Israel bias.”

Writer David Baddiel said: “This statement on tweeting “Hitler was right” needs to be seen in the context of modern public apologies – where, generally, it’s not acceptable to add the word but, and then go on about the many mitigating circumstances and really the blame completely lies elsewhere.”

He went on to add: “But then of course it is an “apology” about causing offence to Jews, and as we know, they don’t count.”