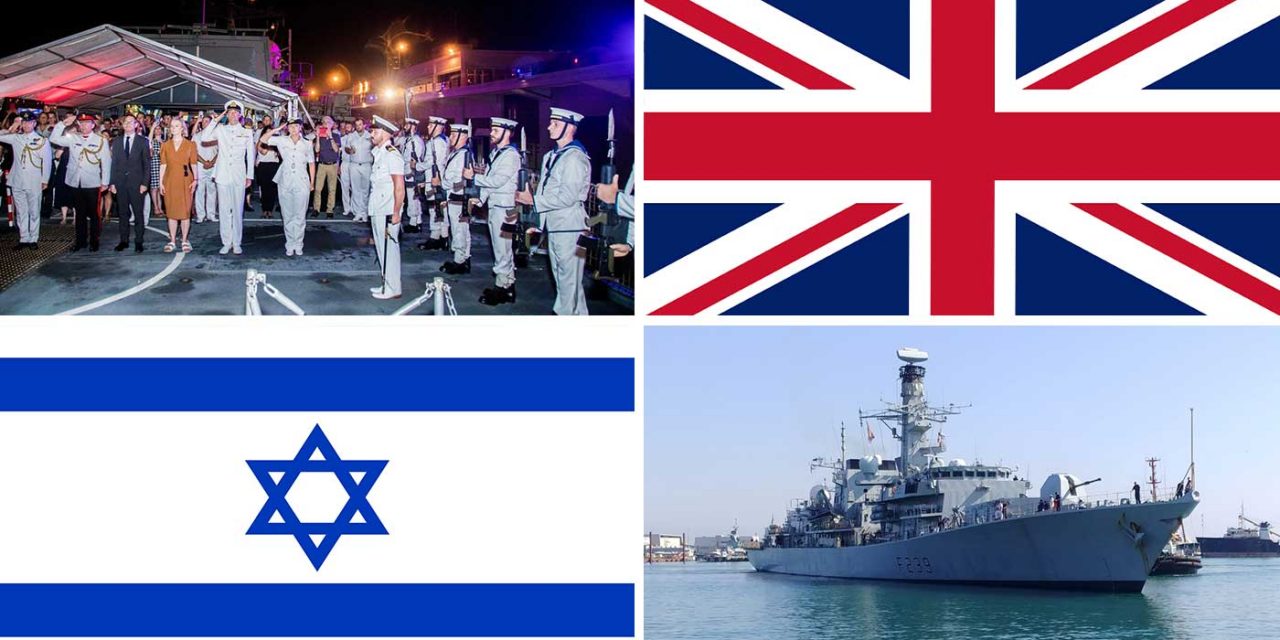 The Royal Navy’s HMS Richmond docked in Haifa, Israel this week and hosted an event for Israeli and British officials in another example of the close military ties the two countries share.

HMS Richmond is a Type 23 frigate and is part of the Royal Navy’s Carrier Strike Group 21 (CSG21).

The Carrier Strike Group is a UK navy fleet that is currently on a seven-month patrol to the Asia-Pacific and back to the UK. It is working in cooperation with other militaries including the United States Navy, the Dutch Navy, and Marines from the US Marine Corps. As well as British frigates, destroyers, a submarine, two RFA supply ships and air assets.

HMS Richmond – welcome to Israel🇮🇱! We are delighted to have you and the crew here in #Haifa as part of the Carrier Strike Group’s global deployment! ⛴ @HMSQNLZ @DefenceHQ #CSG21 pic.twitter.com/vKZSOFBXlK

The main role of HMS Richond is to protect the HMS Queen Elizabeth aircraft carrier, the flagship vessel of the fleet. Richmond is equipped to track and hunt submarines and is equipped to defend itself from threats both above and below the waterline.

The UK Navy also teamed up with the air forces of Israel and the USA to carry out joint training exercises for their F-35 squadrons.

HMS Richmond docked in Haifa on Wednesday and hosted an event for Israeli and UK officials. The UK’s ambassador to Israel Neil Wigan said the event was a way of showing “our Israeli guests the best of British military products and hospitality”.