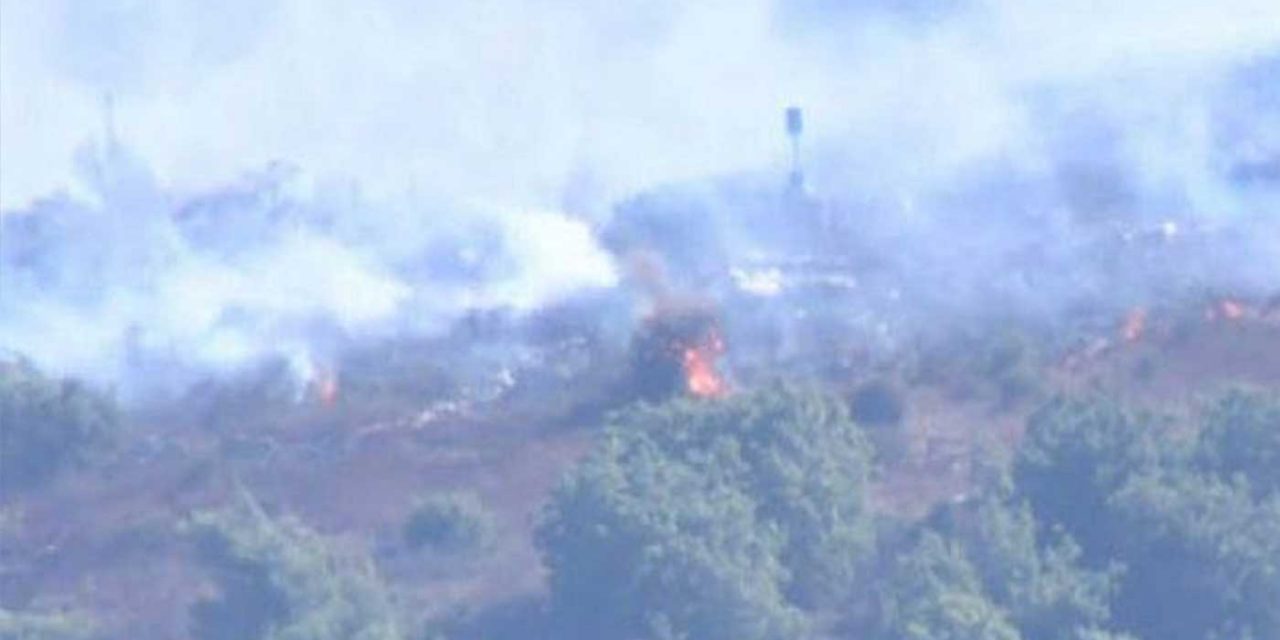 Following in the footsteps of terrorists in Gaza, terrorists from the Hezbollah terrorist movement lit fires along the Israeli-Lebanese border on Friday which quickly spread into Israeli territory, according to Channel 12 news.

The fire, exacerbated by strong winds, threatened an IDF post and the border town of Margaliot. The current evaluation, as reported by Channel 12, is that this was an intentional action by Hezbollah which may be carried out again in the future.

Video obtained by Channel 12, shows the Hezbollah terrorists arriving to an area very close to the border fence and igniting multiple fires in the area. The fire caused a large amount of mines in the area to explode.

VIEW VIDEO OF THE FIRES:

As the fire quickly advanced on Israeli territory, roads were closed and firefighters prepared to evacuate Margaliot.

“We received a message that a fire was advancing on the town of Margaliot that began on the Lebanese side of the border,” said Roi Finnish, deputy shift commander of the Israel Fire and Rescue Service Galilee-Golan station. “Our teams that arrived at the scene conducted operations to protect the town. Additionally, police blocked roads at the scene to prevent vehicles from passing through.”

It took hours to put out the flames and no firefighting aircraft could be used due to the site’s close proximity to the border. According to Channel 12, this probably won’t be a one-time incident.

Hamas and Hezbollah are terrorist proxies of Iran