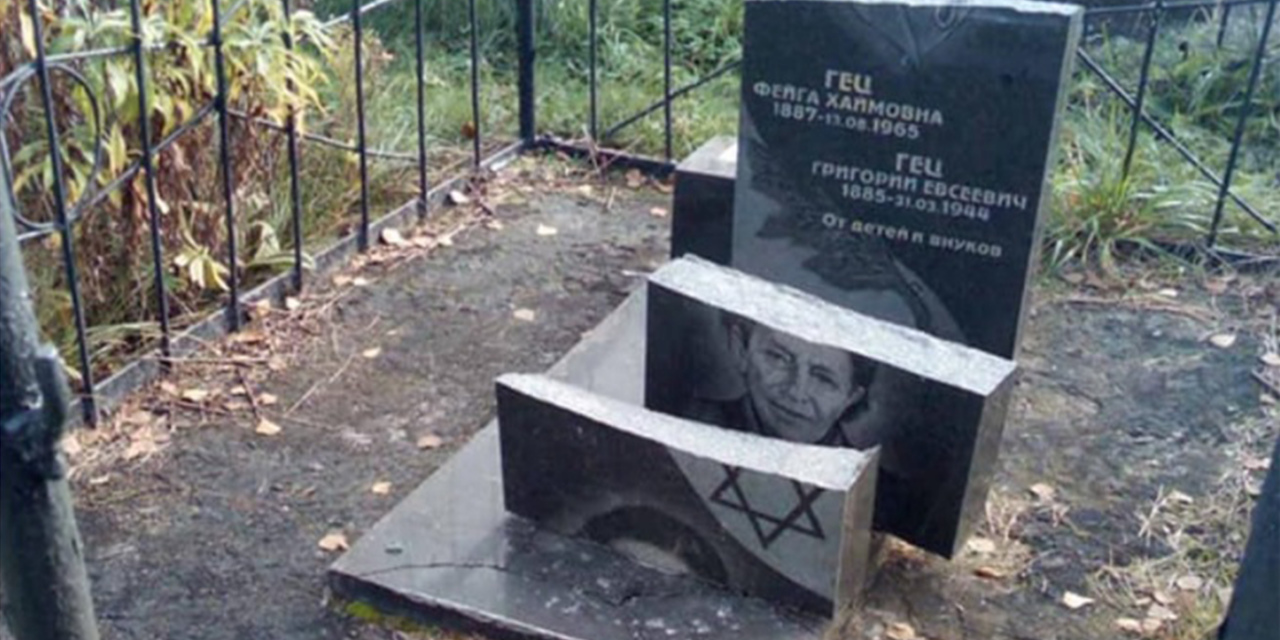 Multiple headstones were destroyed at the Jewish cemetery of Malyn in Ukraine.

The damage at the graveyard, which is about 60 miles northwest of the capital Kyiv, was discovered last week, according to a Facebook post by Evgeny Gorodetsky, a Ukrainian Jew who has helped raise donations for renovating the cemetery.

Police have no leads in their attempt to identify the culprits.

Last month, headstones were desecrated at Jewish cemeteries in neighboring Moldova and Hungary.

One of the headstones smashed in Malyn was of Faina and Gregory Getz, a husband and wife who were buried in 1965 and 1947, respectively. A new marble headstone installed by their families on the joint plot featuring the couple’s portraits and a Star of David was smashed to pieces.

The perpetrators also climbed into some fenced burial plots to smash headstones, which collapsed against the fencing.