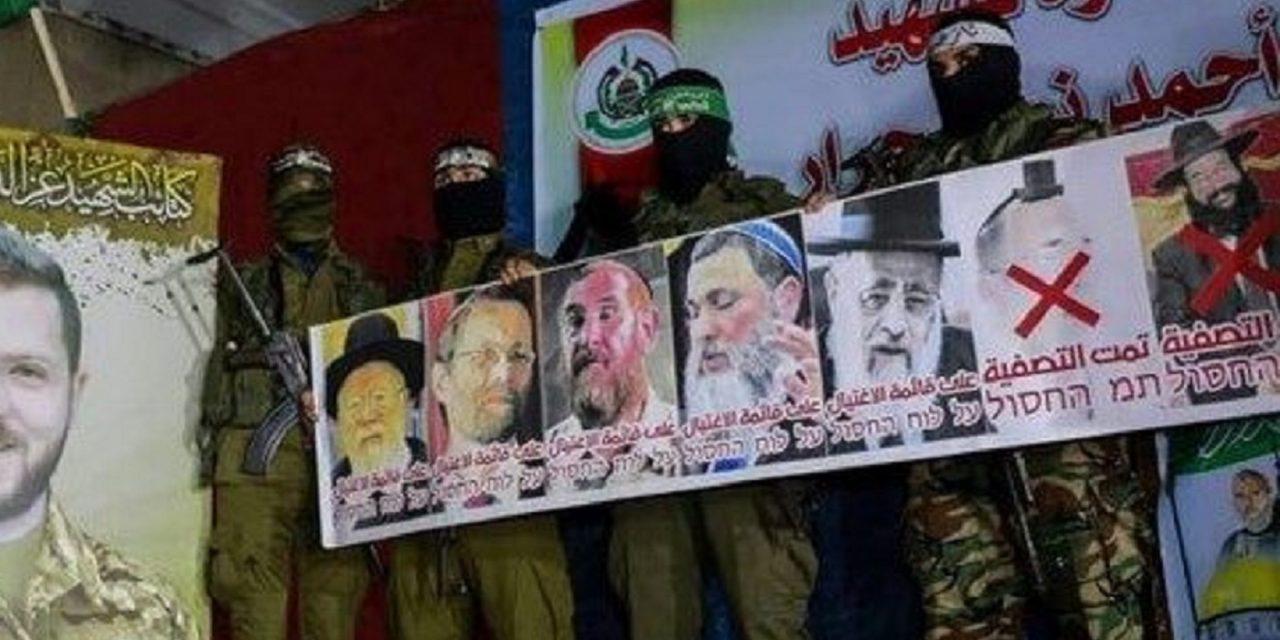 The Hamas terror organization on Wednesday circulated on social media a photo of a number of prominent Israeli rabbis and politicians who it apparently sees as potential targets for assassination.

The “hit list” photos were displayed at a Hamas event held in honor of Ahmad Nasr Jarar, a Hamas terrorist who commanded the cell that murdered Rabbi Raziel Shevach and was eliminated during an IDF raid on Tuesday.

In the photo, the photos of Shevach, who was murdered in January, and Rabbi Itamar Ben Gal, who was murdered this week, can be seen with red X marks on their faces, next to a series of other Israeli leaders Hamas advocates targeting.

It should be noted that Shevach and Ben Gal were not specifically targeted, but were randomly murdered.

Glick has previously been the target of Palestinian terror. A vocal advocate of Jewish rights on the Temple Mount, he narrowly survived an assassination attempt by a Palestinian terrorist in October 2014. Glick was shot and gravely wounded, but eventually recovered. The terrorist was shot dead by Israeli forces a day later.

The Israel Hayom daily, which reported on the hit list, claimed that the photos, which were posted to social media, were not a direct demand for assassinations but more of a symbolic call to continue with acts of terrorism against Israeli citizens.

However, a Palestinian social media user might see the posts and take them literally.

Hundreds of Palestinians at various locations in Judea and Samaria and the Gaza Strip took to the streets to condemn what they termed the “Israeli execution” of Jarrar, describing him an “icon of resistance.”

Senior Hamas leader Younis al-Astal stated that Hamas blames “the Israeli occupation for the consequences of its aggression on the Palestinians, their property and their holy sites.”

“We stress on the right of the Palestinians to resist the Israeli occupation,” he stated, noting this is a right “guaranteed by all international laws and conventions.”