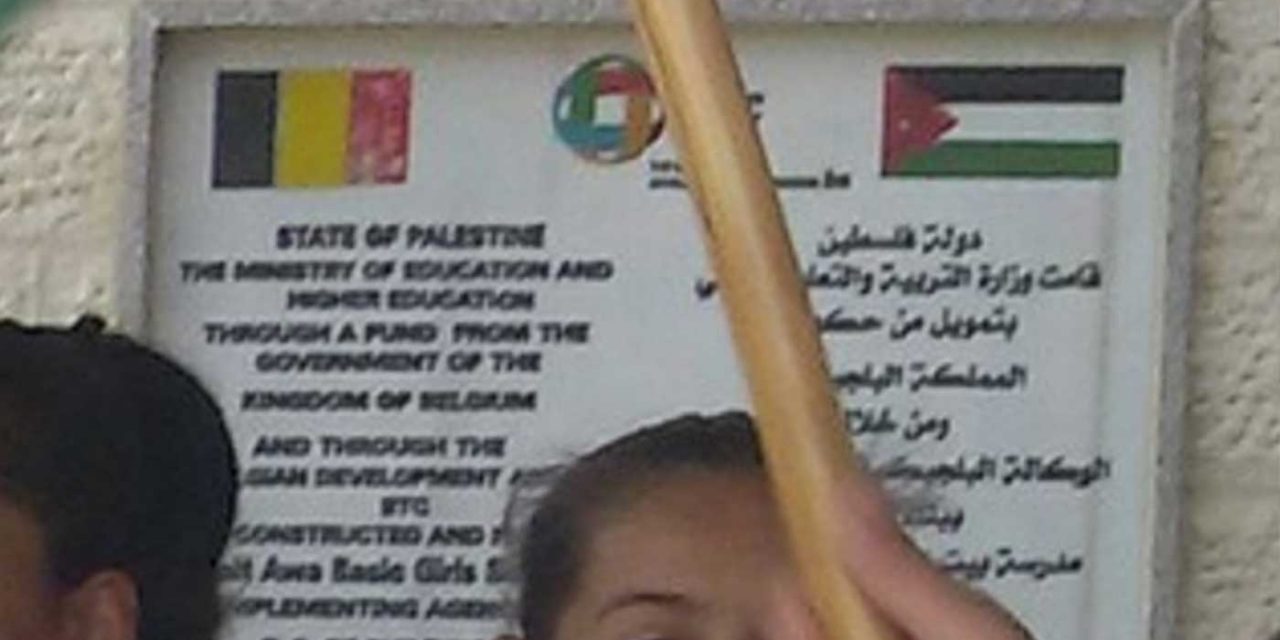 A Palestinian school, built using Belgian taxpayers money, has been renamed after one of the terrorists who carried out the 1978 Coastal Road massacre, the deadliest attack in Israel’s history.

The school was inaugurated as the Beit Awwa Basic Girls School, and has a plaque outside with both the Belgian and Palestinian flags proudly declaring that the school was built “through a fund from the Government of the Kingdom of Belgium and through the Belgian Development Agency BTC”.

However, the Palestinian Authority’s Ministry of Education has now renamed the school as the Dalal Mughrabi Elementary Mixed School after the female Palestinian terrorist from Fatah who lead a group of eleven Palestinian and Lebanese militants in the 1978 Coastal Road massacre in Israel where 37 people were killed, including 13 children, and 72 more were wounded.

The attack started when Dalal personally shot dead US photographer Gail Rubin, the daughter of US Senator Abraham Ribicoff. And Mughrabi threw the grenade that blew up the packed bus they had hijacked.

Daniel Schwammenthal, director of the AJC Transatlantic Institute, called on the Belgian government to “investigate this issue and insist that the PA rename the school immediately.”

Schwammenthal told the Algemeiner that “the Palestinian Authority under President [Mahmoud] Abbas has established a culture of incitement that fuels terror and hatred, making it impossible to see how he can ever lead any serious peace negotiations.”

“By naming schools after terrorists, the PA is indoctrinating even little children, apparently determined to ensure this conflict will last well into the next generation,” he said.

“It is the [Belgian] government’s responsibility to ensure that its foreign aid is not perverted in such a way to promote hatred rather than be used for its intended goal of furthering education,” he added.