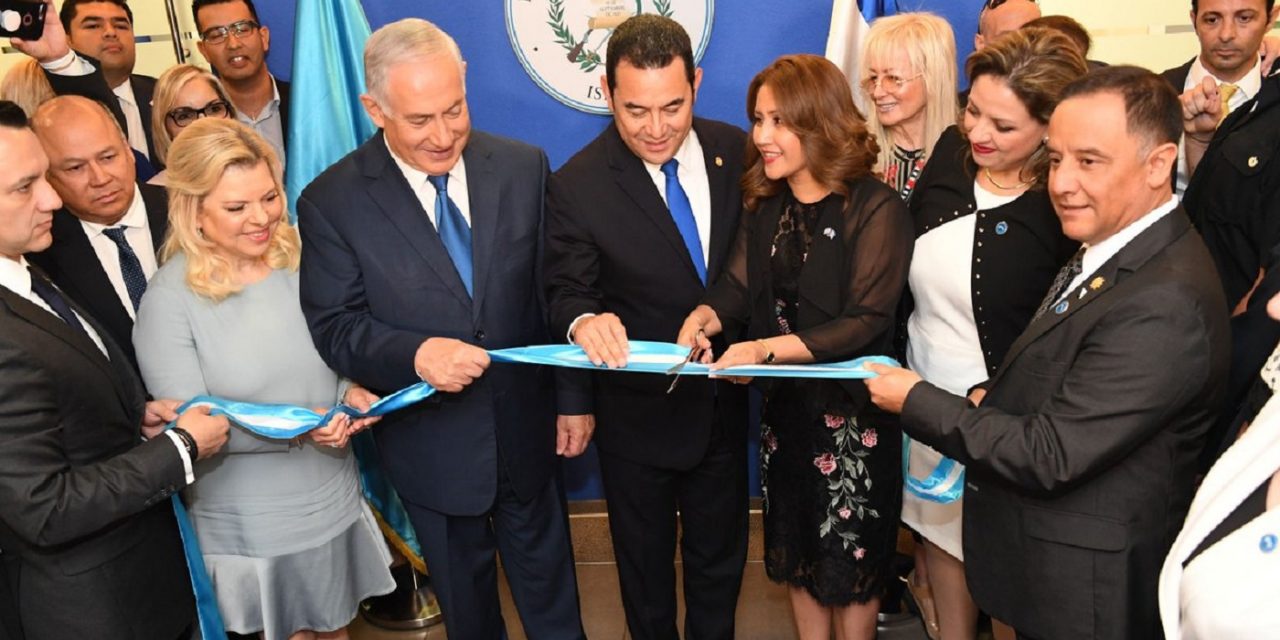 Guatemala has made history today as it officially opened its new embassy in Jerusalem, two days after the US made the same move.

“It is not a coincidence that Guatemala is opening its embassy in Jerusalem two days after the US. You are always among the first,” Netanyahu said. Guatemala supported the creation of the State of Israel in 1948 and was the second country to recognize it, after the US. “We remember our friends and Guatemala is our friend, then and now.”

“We share so many goals and values even though were are so far away,” Netanyahu stated, saying he would advance the bilateral relationship in “practical ways.”

In his address, Morales described the relationship between the two countries as the “love between brothers.”

The embassy is located in Jerusalem’s Malha Technological Park.

Guatemala was the first country in the world to open an embassy in Jerusalem in 1956, but moved it to Tel Aviv in 1980, so in essence, it is returning to the capital.

What a week. #Guatemala is opening its Embassy in Jerusalem this morning, the 2nd country to do so. Thank you Guatemala and #WelcomeToJerusalem! 🇮🇱🇬🇹 pic.twitter.com/2WwgFwKwxZ

“Guatemalan Embassy, welcome home! Ahead of the inauguration of the embassy, we have illuminated the walls of the Old City with the flags of Guatemala and Israel,” Jerusalem Mayor Nir Barkat stated on Tuesday.

Barkat thanked Morales for his “courageous decision” and called upon other countries to join the US and Guatemala in doing the “right thing.”

Shortly after taking office in 2015, Morales, a devout evangelical Christian, visited a synagogue in Guatemala City, where he announced his intention to visit Israel. He made the historic trip in November 2016.

Guatemala was one of the nine nations to vote against a United Nations resolution that condemned the US for Trump’s historic recognition of Jerusalem.

Guatemala will be joined by Paraguay and Honduras in committing to the move.

The Czech Republic has also expressed interest; however, its government has not issued a unified statement.

Liviu Dragnea of the Social Democratic Party, which effectively runs Romania’s government, said Bucharest was ready to move the embassy.

In April 2017, the Russian Foreign Ministry made a similar move to recognize “west Jerusalem” as the Israeli capital.