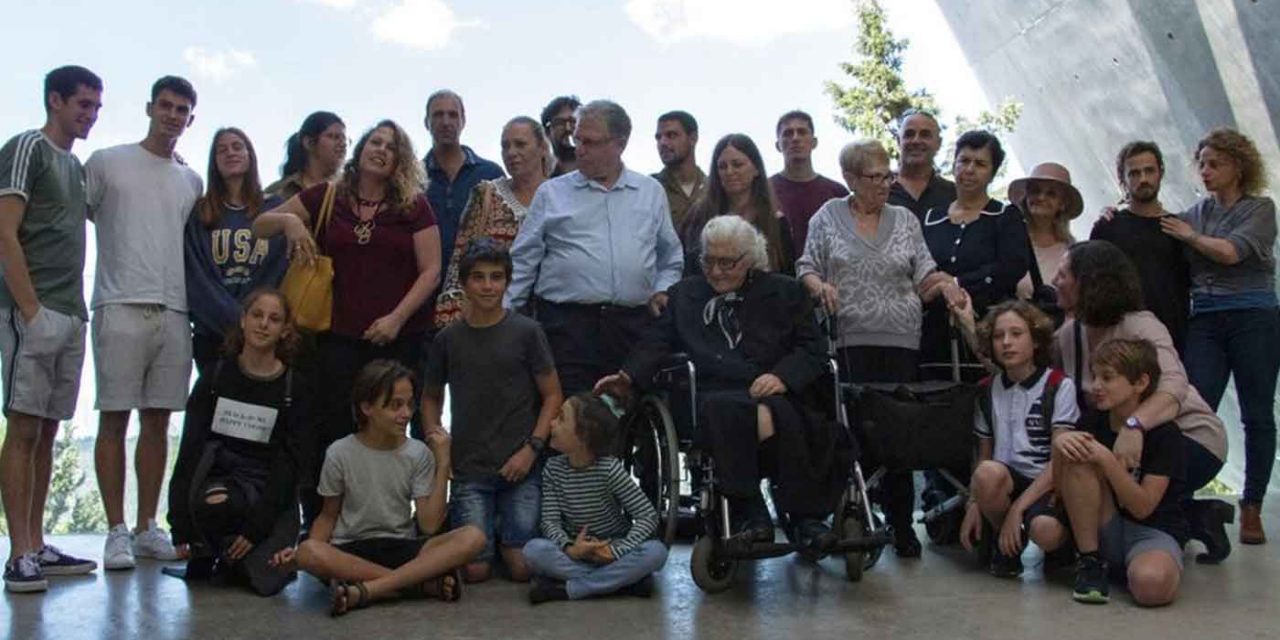 One by one, the 40 descendants of a group of Israeli siblings leaned down and hugged the elderly Greek woman to whom they owe their very existence, as she sat in her wheelchair and wiped away tears streaking down her wrinkled face.

Clutching the hands of those she hid, fed and protected as a teenager more than 75 years ago, 92-year-old Dina Melpomeni said she could now “die quietly.”

Sunday’s emotional encounter was the first time Dina had met the offspring of the Mordechai family she helped save during the Holocaust. Once a regular ritual at the Yad Vashem Holocaust memorial, such gatherings are rapidly dwindling due to the advanced ages of both survivors and rescuers and may not happen again. The soon-to-be-extinct reunion is the latest reminder for Holocaust commemorators preparing for a post-survivor world.

“The risk they took upon themselves to take in an entire family knowing that it put them and everyone around them in danger,” said Sarah Yanai, today 86, who was the oldest of the five siblings Dina and others sheltered. “Look at all these around us. We are now a very large and happy family and it is all thanks to them saving us.”

More than 27,000 individuals, including some 355 from Greece, have been recognized as Righteous Among the Nations, Israel’s highest honor to those non-Jews who risked their lives to save Jews during the Holocaust.

The names of those honored for refusing to be indifferent to the genocide are engraved along an avenue of trees at the Jerusalem memorial. Only a few hundred are believed to still be alive.