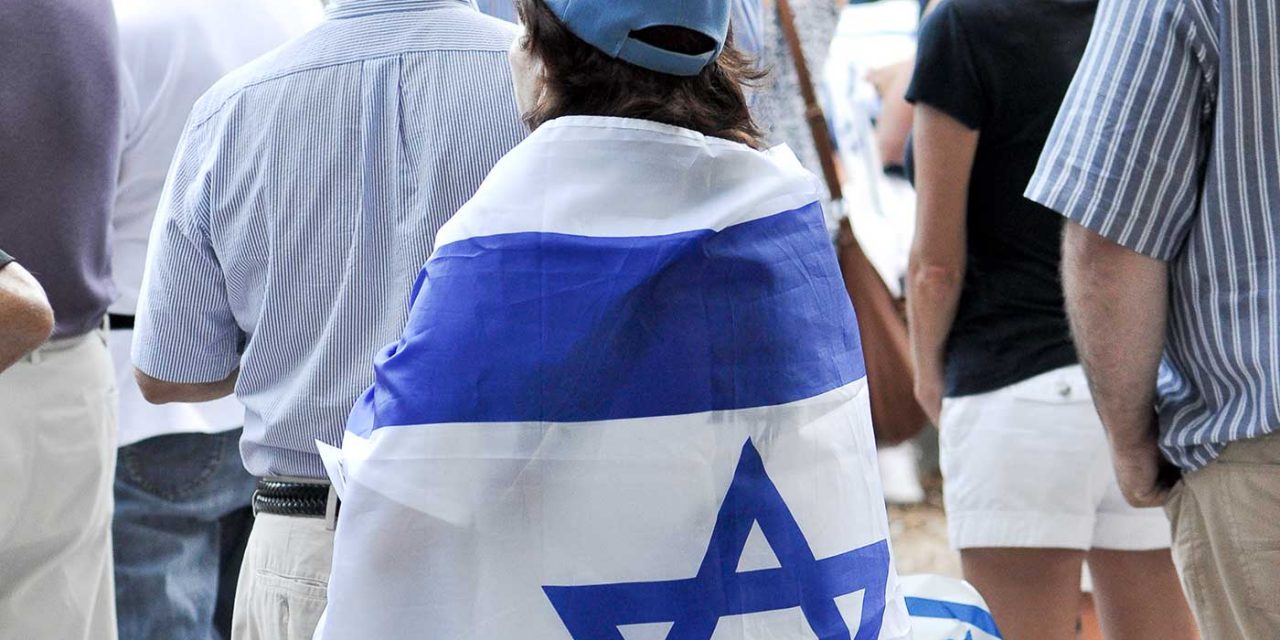 Berlin police forces are currently searching for a man who attempted to set an Israel flag ablaze on Monday. The flag he tried to set alight was being worn by a German-Israeli pro-Israel activist.

The latter, who wishes to not reveal her identity because she wants to continue freely with her pro-Israel activism, contacted the Jerusalem Post on Tuesday and said that she filed a criminal complaint. She asserted that the assailant sought to cause her “dangerous bodily harm.”

The alleged assault took place at a German-Israeli friendship youth event on Paris Square in the heart of Berlin. According to the official complaint, the woman carried an Israeli flag on her shoulder and the perpetrator attempted to use a lighter to set the flag on fire. A 22-year-old witness stopped the attack and the assailant fled.

The alleged attack comes on the heels of last week’s independent German report commissioned by the Federal government that shows that 40% of Germans hold modern antisemitic views (the loathing of the Jewish state).