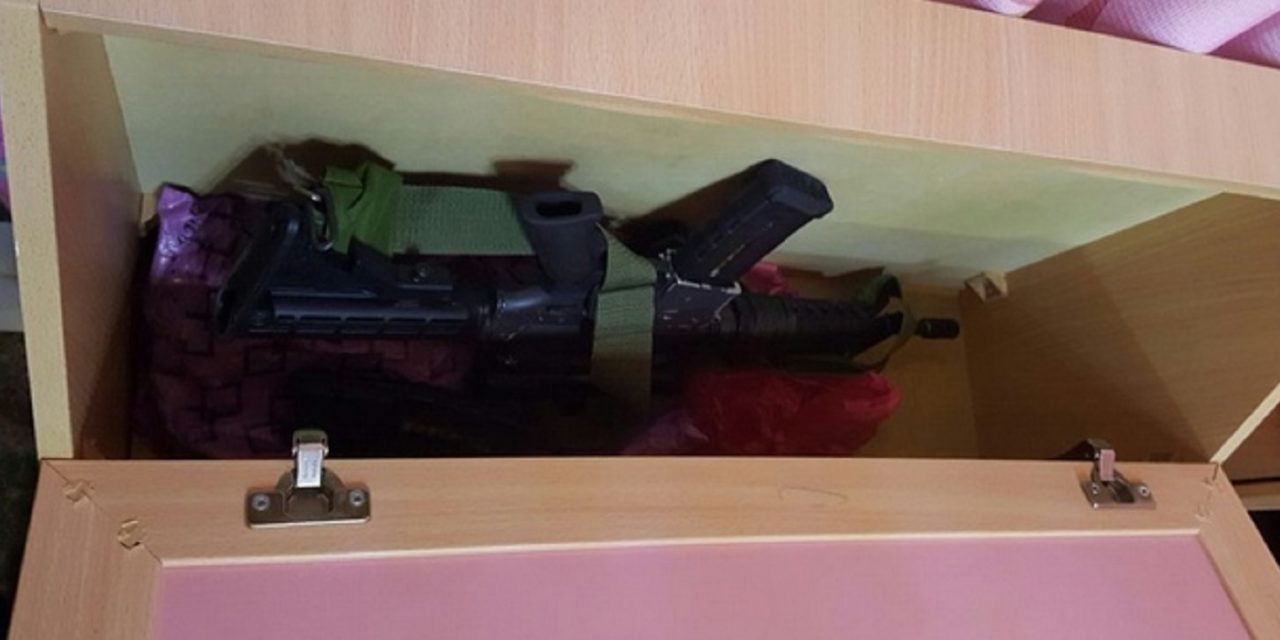 (The Tower) Israeli security forces found a weapon hidden in a child’s bedroom while breaking up a Palestinian terror cell near Jenin last month, the military announced Thursday.

In a joint operation, the IDF, Israeli Police, and Shin Bet internal security agency captured two suspects believed to be behind several shooting attacks against military and civilian targets in the Samaria region.

One of the weapons used to commit these attacks was found in a child’s bed frame.

A child shouldn’t sleep with this behind their pillow pic.twitter.com/aOkruEFQSi

The terror cell was affiliated with the Popular Front for the Liberation of Palestine and was planning other attacks against civilians traveling on local roads.

The military noted that this was not the first time that Palestinian terrorists were found to have hidden weapons in children’s bedrooms. In December, security force uncovered weapon parts hidden between stuffed toys and art supplies while searching a home in Nablus.