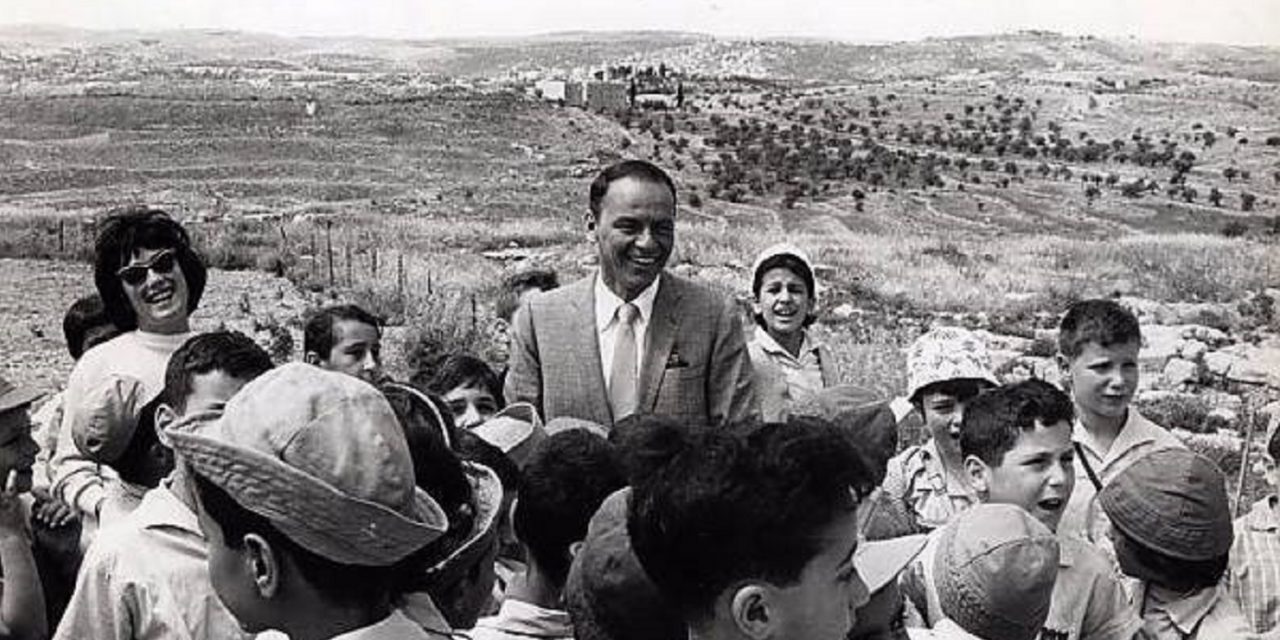 “The best is yet to come”

In rare footage from Israel’s 14th Independence Day in 1962, Frank Sinatra appeared on stage in Jerusalem and delivered a memorable speech urging people all over the world to support Israel. The enthusiastic audience heard his recorded speech with the stirring background sounds of the parade being held there.

During this trip, he made a documentary urging world support for Israel.

“The young people of Israel will help shape the coming half century.  And I for one want to see them attain the know-how and skills they need.”

“With one hand the people of Israel protect their hearts and homes, and with the other they build a better society”