Germany: Family with disabled child refused service at restaurant because they are Jewish 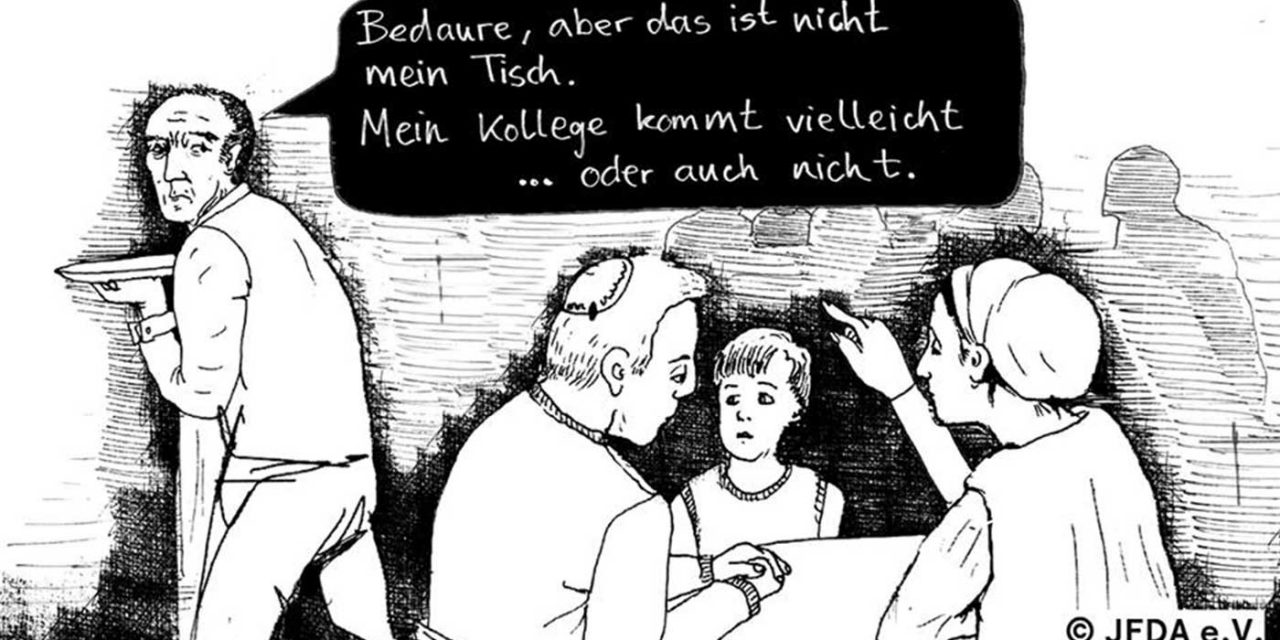 The Research and Information Center on Anti-Semitism (RIAS) in Germany reported that a Jewish family was denied service at a restaurant simply because they were  Jewish.

The incident took place in Berlin at around 5:30pm on 17 May 2018 when the visibly Jewish family, a father, mother and their disabled son entered a restaurant in Berlin and were promptly seated at a table.

Despite there being very few customers in the restaurant, the family were not served. After ten minutes, two further guests arrived and were served immediately. The couple then asked a member of staff if they could be served and were told they were sat at the wrong table.

Instead of directing them to the correct table, however, the waiter then asked the family to leave the restaurant.

The father asked the staff members if it was because they were Jewish. The reply was simply a mocking smile.

The family left peacefully and reported the incident to the RIAS who shared the story with German media.

RIAS have not revealed the name or location of the restaurant. However, the Jewish Forum for Democracy Against Anti-Semitism (JFDA) did contact the restaurant who said that it was a “misunderstanding”.

The restaurant claims that the wait staff are predominantly Italian-speaking and there was a “linguistic miscommunication”. However, they went on to state that the restaurant cannot be held accountable for the actions of the individual wait staff.

It would appear that it was not necessarily the policy of the establishment to deny service to Jews, but that an individual waiter took exception to the family because they were Jewish. Unfortunately, the restaurant appears to be dismissing the incident rather than addressing it with their staff.

“It leaves us stunned that within walking distance of a joyous festival in which important representatives from politics, culture and civil society have made a clear stand in the commitment against any form of anti-Semitism in our society, a Jewish family is going through this personal degradation had to leave.”

“We wonder, then, whether in the meantime anti-Semitism in Berlin is proverbially served à la carte?”