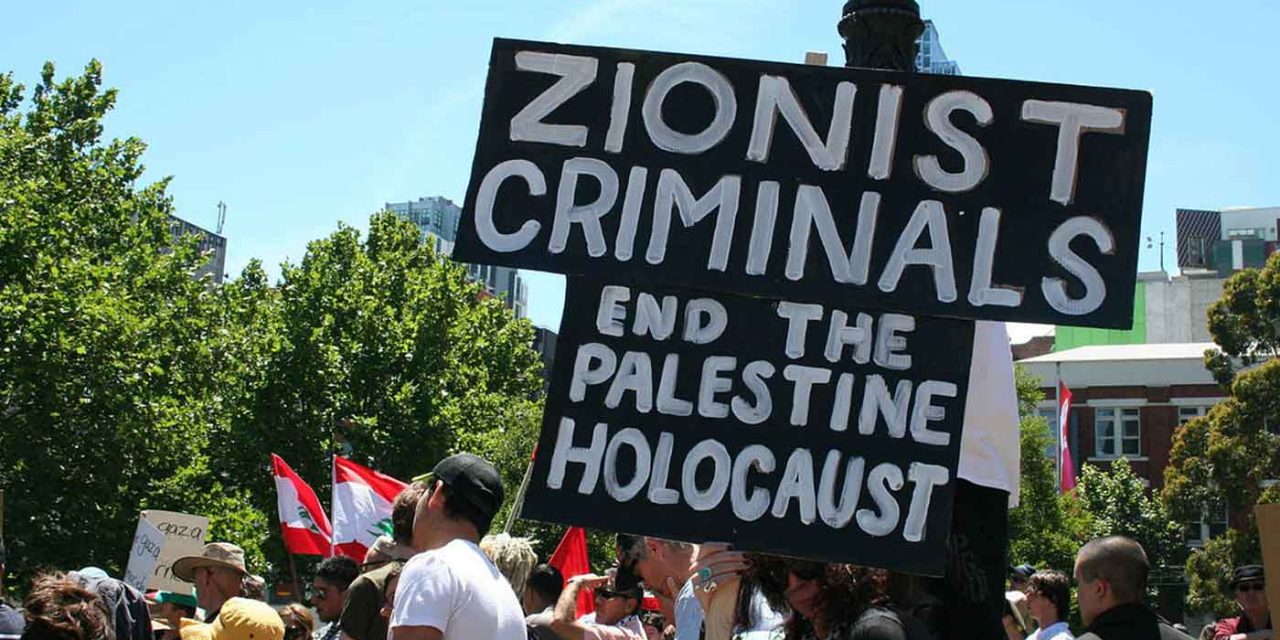 A poll commissioned by the UEJF (Union of French Jewish Students) on the occasion of the 70th anniversary of the creation of Israel has revealed that 53% of the French public believe that Zionism is the product of a Jewish conspiracy.

Those who say it is a “Zionist conspiracy” believe that “Zionism is an international organization that aims to influence the world and society in favour of the Jews”.

This is not the only worrying find. Of those questioned, 50% believe that “Zionism is a racist ideology”.

And amazingly 69% believe that Zionism is an ideology used to “justify Israel’s policy of occupation and colonization of Palestinian territories”.

Robert Ejnes, the executive director of the CRIF umbrella group of French Jewish communities has carried out further research on this subject.

Zionism is seen in Europe as an “extremist movement that is uncompromising and aggressively pursues its goals,” he said.

“All the sectors — Muslims, highly-educated, far-right and far-left voters – they all said the same: Zionism is to Jews what Jihadism is to Muslims,” he said. “It indicates it is very difficult to use the word ‘Zionist,’ in the definition we have of it, in popular discourse.”

The CRIF advises Jews to refrain from mentioning the word “Zionism” to non-Jews.

If the recommendation is implemented, “It wouldn’t be because CRIF has changed its commitment to Israel or Zionism – they are at the core of CRIF and French Jews,” Ejnes said. “But it shows we need to educate people about Zionism while we adjust our message for maximum effectiveness.”

While Zionism has a negative effect, Greenberg said, “It is important to value the bond of French Jews with Israel. That bond is seen as strong and normal. ‘Israel’ did not raise a red flag in the groups, and CRIF should continue to promote its cultural and economic diversity.”