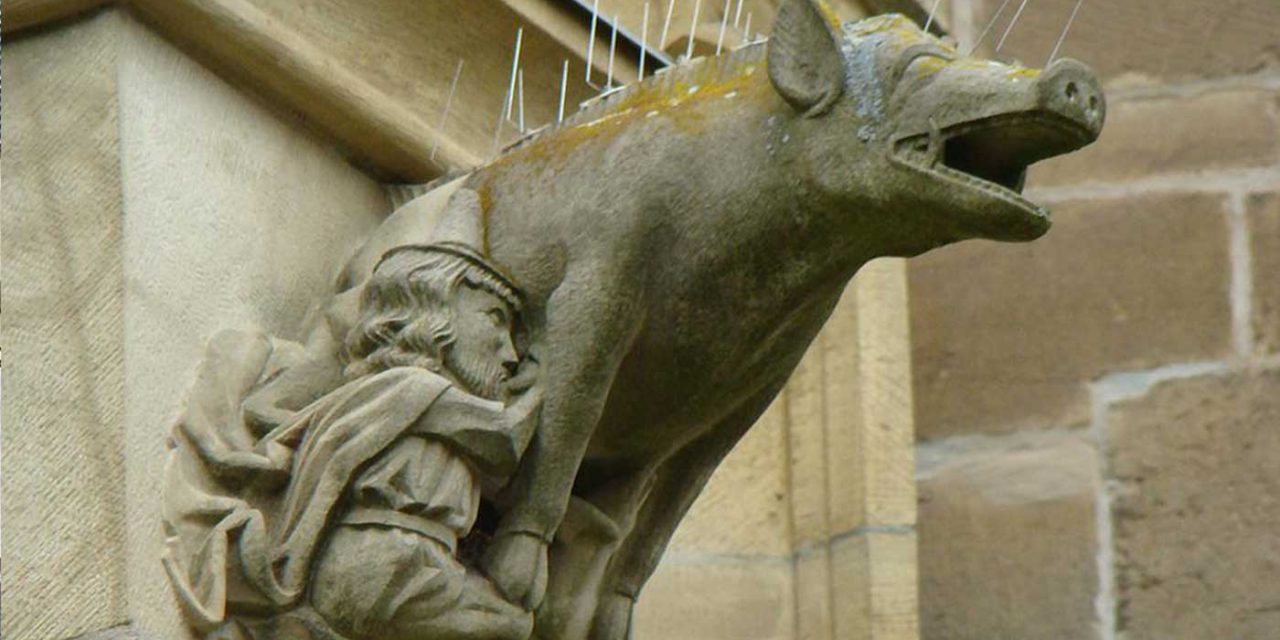 A German church has been forced to reinstate an anti-Semitic sculpture after the local buildings authority said it had protected status.

St Peter’s church in Calbe, a small town in the middle of Germany, removed the sculpture down in order to restore it, but in March the parish decided it was too offensive to return to its position and would be stored elsewhere.

The local listed buildings authority, however, overruled the decision having deemed the statue to be an important part of the churches history and therefore had protected status and must be restored to its original place.

The parish has honoured this request, but have covered the statue so it cannot be seen.

Alfred Reichenberger of the Saxony Anhalt office for monument protection said: “Of course everyone involved is entirely clear that this is an abusive caricature that needs to be dealt with critically.

“There just seems to be disagreement about how to do that.”

The statue is one of around 30 Judensau (German for “Jew’s sow”) artworks in Germany which depict Jews having inappropriate contact with female pigs, often suckling or having intercourse with the sow. They are a mockery of Judaism as the Bible teaches pigs are an unclean animal to the Jewish people and is therefore highly offensive.

There is debate over whether the statues should be removed to stop anti-Semitic depictions from continuing to offend, or if keeping them up helps the church to acknowledge anti-Semitism within the history of some church denominations.