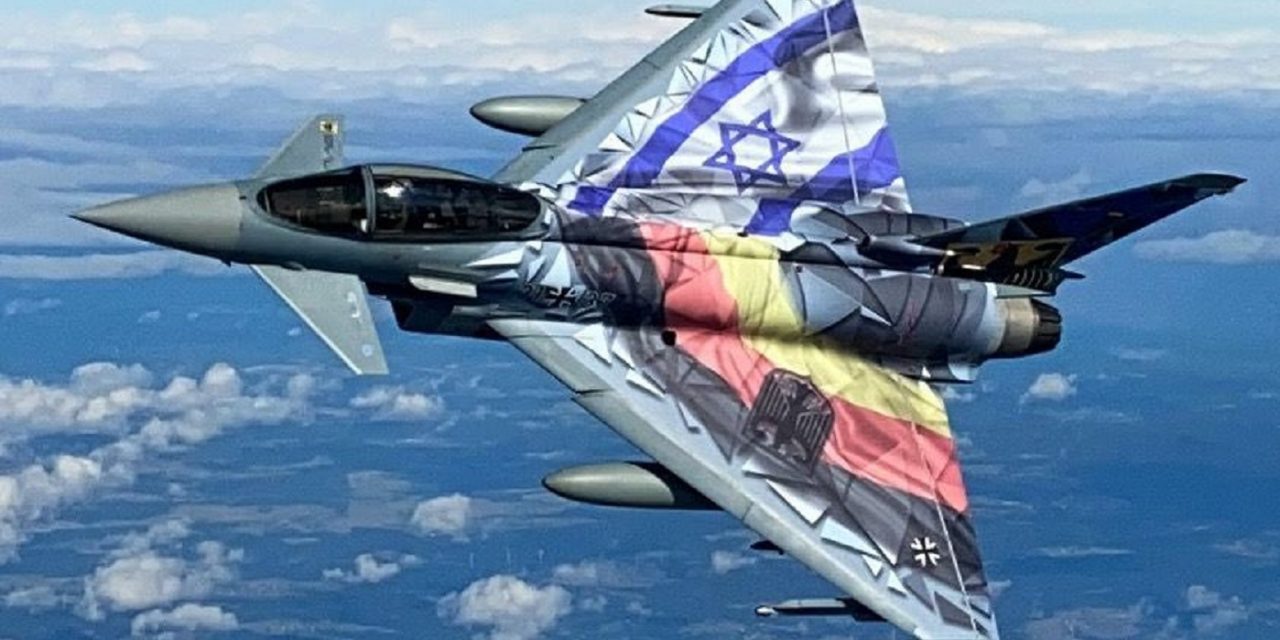 Israeli Air Force and German Luftwaffe aircraft performed a fly-over over the Israel’s parliament, the Knesset, in Jerusalem on Sunday afternoon as a display of the close cooperation between the two countries and their militaries, the Israel Defense Forces said.

This was the first time that German military aircraft have flown over Jerusalem since World War I.

Flying toward a future of hope… 🇮🇱 🇩🇪

WATCH the historic moment when the German and Israeli Air Forces flew together over Jerusalem: pic.twitter.com/eakXUdhSiS

“The flyby expresses the strong partnership and connection between the air forces and the countries, as well as the commitment to continued cooperation in the future,” the IDF said.

A beautiful picture shared a few days ago by @Team_Luftwaffe of a German Airforce eurofighter participating in #BlueFlag2021 in #Israel. pic.twitter.com/gkE5qcNruS

Sunday’s flyby was a continuation of a commemorative effort that began last August, when Israeli jets flew over the Dachau concentration camp and the Fuerstenfeldbruck airfield, where 11 Israeli Olympic athletes were killed by Palestinian terrorists in 1972.

“Roughly one year ago, we stood in the Dachau camp and together we visited the Olympic village where 11 athletes were murdered in Munich, and we said and declared together: Never again,” Norkin said in a speech at Yad Vashem.

Gerhartz, speaking in English, said he felt a “special responsibility” to maintaining good ties with the IAF as commander of the German air force.

“We still feel the suffering of the Jewish victims of the Shoah,” he said, using the Hebrew term for the Holocaust.

“Our responsibility will not expire. The eternal flame of remembrance must not fade,” he said.