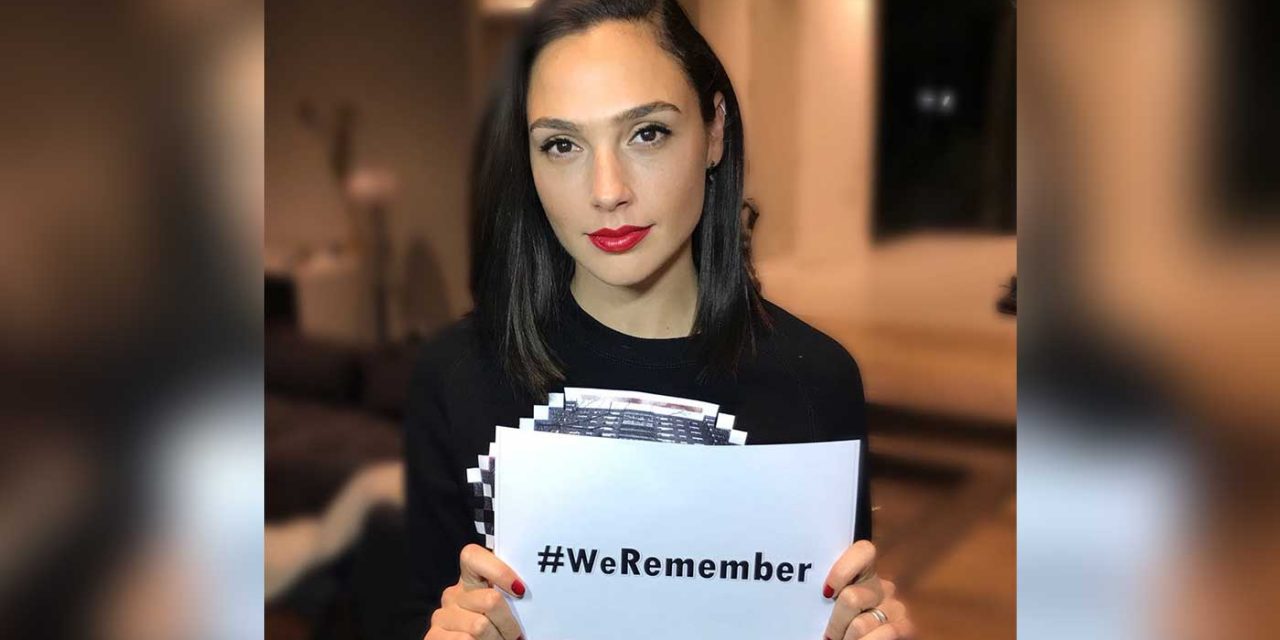 Israeli actress, Gal Gadot, has been attacked on social media after she tweeted her support for Holocaust Memorial Day on Saturday.

The actress, best known for her role as Wonder Woman, tweeted: “Today is Holocaust Remembrance Day. A day to honour the victims of the Holocaust, May we never forget. #WeRemember.”

Unfortunately, the first responses, and some of the most prominent comments, to Gadot’s tweet were anti-Israel.

“What about poor Palestinians slaughtered by your government?” one user asked. “World also will never forget Palestinian victims”, said another. And another tweeted “While your having a moment of silence to remember the tragedy of the holocaust maybe just ponder what your IDF is doing in Gaza and West Bank to Palestinians. Hard to look in mirror isn’t it?”

It appears there is no respite for Israeli Jews to remember the tragedy of their people without having to be harassed by the pro-Palestinian lobby. However, despite some negative responses, the support for the tweet was overwhelming with many thousands sharing and liking the message of remembrance.

As for the Israel haters, well, instead of honouring, or even allowing others to honour the victims of one of the world’s worst tragedies, they are using the victims of the Holocaust to push their own political agenda. They don’t realise that they, and many people who hate Israel, are displaying the same anti-Semitic attitudes that Hitler and the Nazis expressed.

Gal Gadot is a prominent actress within Hollywood, being the highest grossing actress of 2017. We pray that she stays strong in all of this and not only ignores the haters but continues to speak out on behalf of Israel and the Jewish people.