From incitement to celebration – How Hamas marked Jerusalem bus bombing

Immediately following Monday’s bomb blast in which 20 people were injured, including several seriously wounded, Hamas not only claimed responsibility for the attack, but were openly celebrating it, yet the world media remains silent.

Israel confirmed on Thursday that Abdel Hamid Abu Srour, who died on Wednesday after attempts to save his life failed, was the suspected terrorist who carried out the bus bombing in Jerusalem on Monday. And that other suspects had been arrested.

His father claimed innocence stating, “I was not expecting that my son would do such an act. My son did not make me feel, even for one percent, that he has feelings or thoughts like that. Never.”

His father was one of the people arrested. And while he may claim he did not know, Srour’s mother on the other hand was video’d handing out candles at a march in his honour and released a picture of him as it was her son’s wishes to release the picture if he became a martyr.

Bethlehem: Mom of Jerusalem bus bomber: My son asked me to publish this photo of him if he becomes a martyr. pic.twitter.com/nAfD91lg2x

The bus attack follows increased incitement from Hamas, including a song which was released on YouTube in February. The original (without subtitles) currently has over 100,000 views and the vast majority of the Arabic speaking comments are positive and supportive.

The song is called, “Blow the Roof Off the Bus”, with the below video translated by Memri into English. In the video Hamas members can be seen dancing and singing around a burnt out bus.

The entire song is encouraging martyrdom, especially from suicide bombings. The chorus, for example, says, “Oh bearer of good tidings, wrap the explosive belt around your waist. The story of the intifada will only be told when the roof of a bus goes flying.”

Other lines say, “Oh Martyrdom-seeker, make them cry. Make fire engulf them. Turn them into body parts, roast them, bringing joy to the hearts of the steadfast people.”

After the attack, Hamas members were seen on the streets of Gaza handing out sweets and people were beeping their horns in celebration of the attacks. As mentioned above, there was also a march in celebration for the martyr.

Joining Hamas in celebrating the attack were TV presenters on Hamas’ TV channels. The card they are holding reads, “May your (terrorist’s) efforts be blessed”. 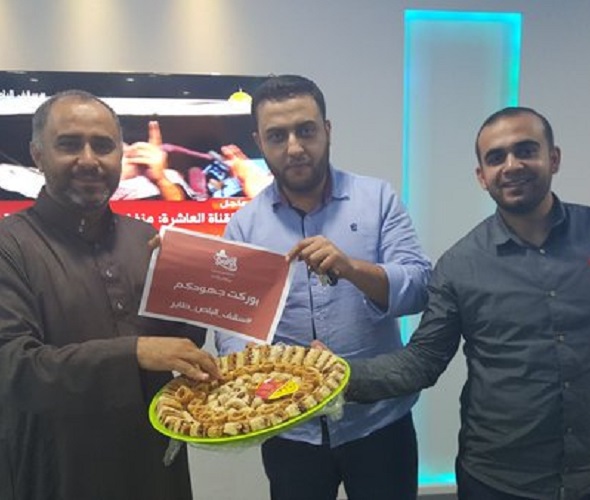 Presenters on Hamas’ TV sharing sweets and holding a card that reads “May your (terrorist’s) efforts be blessed”. 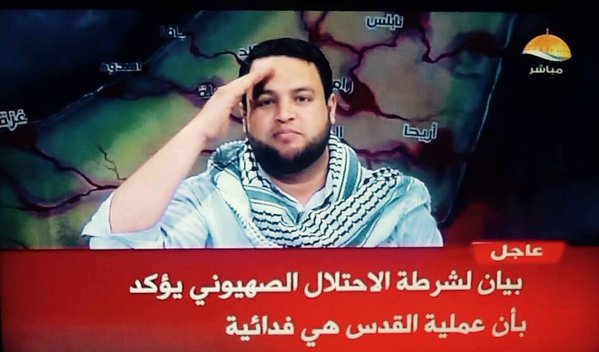 Hamas do not need to hide their support for terrorism or the fact they openly attack Israeli civilians, simply because the world’s media, and even world leaders, remain silent no matter what they do.

Let us pray for the Palestinian people, that they will break free from the hatred and incitement they are fed and instead embrace love and tolerance of their neighbours.