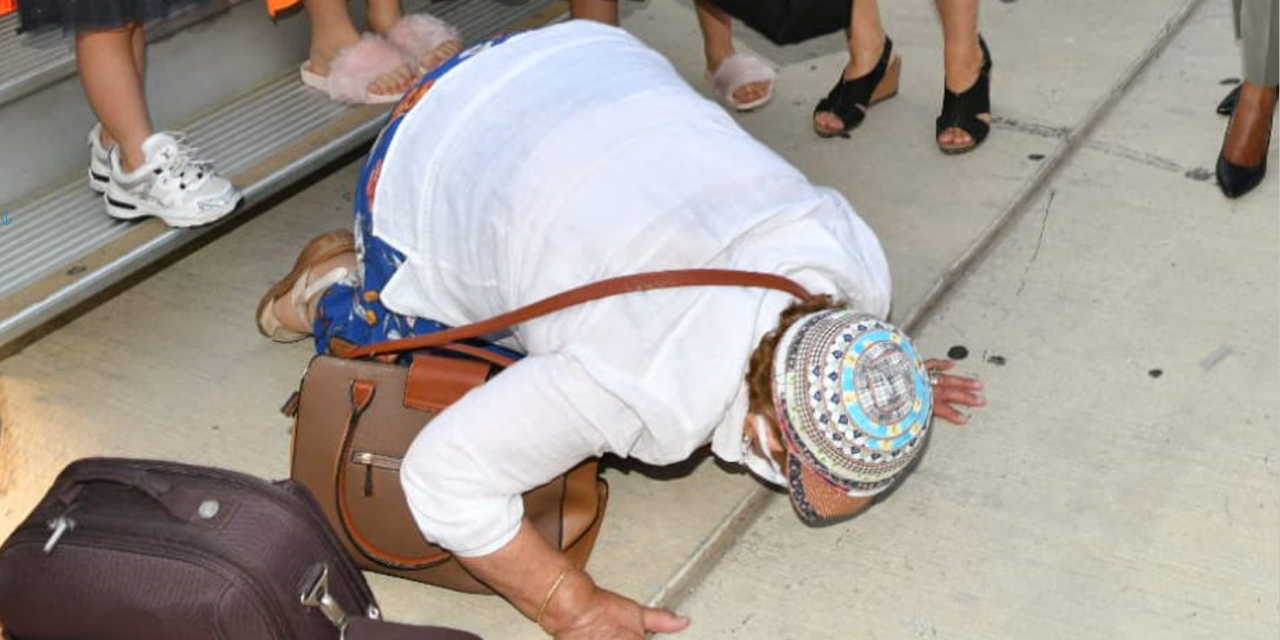 “The Jews of Europe and the rest of the world are currently facing complex challenges, and every Jew should know that the gates of this country are still open, even during an emergency or crisis,” said Israel’s Minister of Immigration and Absorption, Pnina Tamano-Shata.

She greeted the newcomers at the airport and said Israel is expecting more than 10,000 olim in 2020.

“I congratulate our brothers and sisters from France, who are Zionists and full of love for this country, and who today, realized their dream of making Aliyah and uniting with the people living in Zion,” she said.

There are more than 450,000 Jews who live in France, making it one of the largest Jewish communities in the world. But many of them are living in fear as anti-Semitic incidents there continue to rise.

Some of the new immigrants said they made Aliyah (Hebrew for immigration) because they are Zionists (Jews who want to return to their biblical or ancestral homeland) and want to live safely as Jews. Some of them said they had regularly faced anti-Semitism despite the efforts of French authorities to put a stop to it.

Barbara Simha Bohadana, her husband and three children were among the newcomers from Paris.

“I was fired because I was Jewish. A pharmacy manager, who I worked for as a pharmacist, did not even try to hide the reason for my dismissal. He just told me that a wig or any other sign of my Jewishness was not acceptable and that if I did not have them removed, I should just get up and leave. So I got up and left,” Bohadana said.

“My husband, Dan, an anesthesiologist by profession, also had a hard time finding a job because of his Jewish background,” she added.