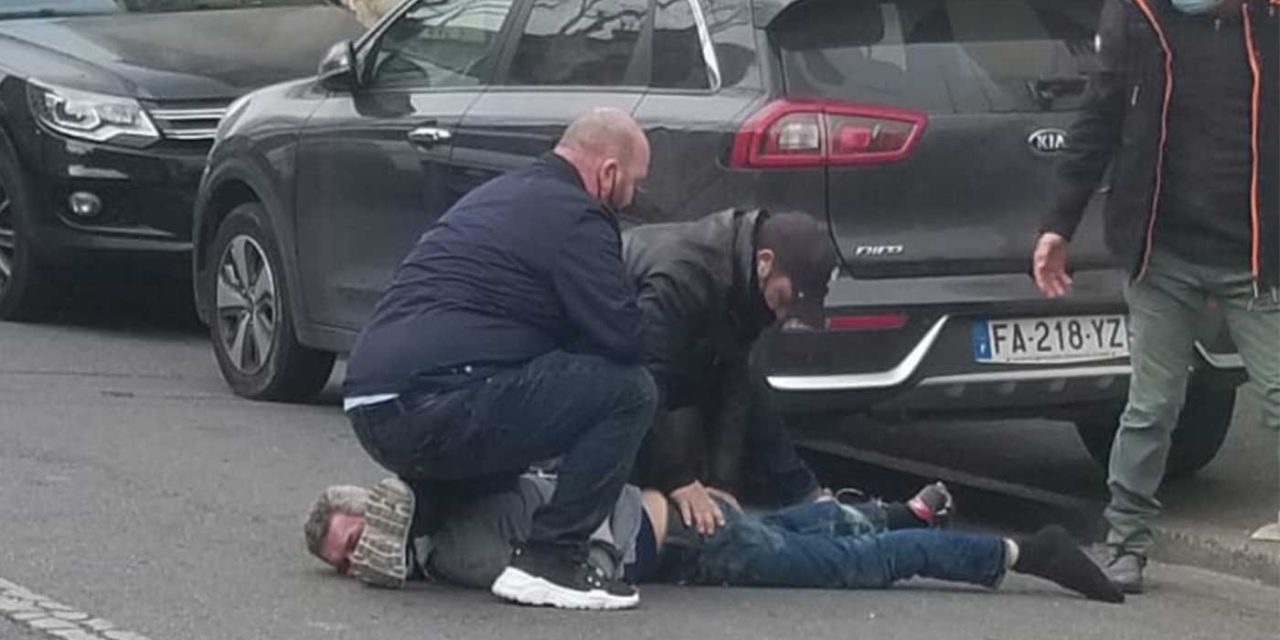 A knife-wielding man was arrested outside of a Jewish school and Kosher grocery store in Marseille, France on Friday. His actions are suspected to be driven by anti-Semitism.

School security guards noticed the man visibly brandishing a knife outside the Yavne School and then trying to enter a kosher market nearby, where they detained him, a Marseille police spokeswoman said on Friday.

“The attention of school security personnel was drawn to the suspicious behaviour of the individual in the street,” a police statement said.

The children were locked inside the school while police searched for any explosives or accomplices, a police spokeswoman said. No one was hurt in the incident and the man’s motives remain unclear, she said.

“The man was immobilised until the arrival of [police],” she said.

Police towed away the suspect’s car and cordoned off the area. Local police have reinforced security around Jewish sites in the city in the wake of the incident.

A witness said it was a rapid police operation, and described the area as a gathering place for people in the local Jewish community.

“When the students get out of school they buy sandwiches here, buy meals for the sabbath, and a lot of parents from the school get their coffee and croissants there and drink it outside. … He saw this gathering of people,” the witness, who asked only to be identified by his first name, Laurent, told The AP.

The swift actions of the Marseille police and security guards in the area were important in stopping what could have been a serious incident. Let’s continue to pray for the Jewish community in France which has been under increasing threats of anti-Semitism in recent years.