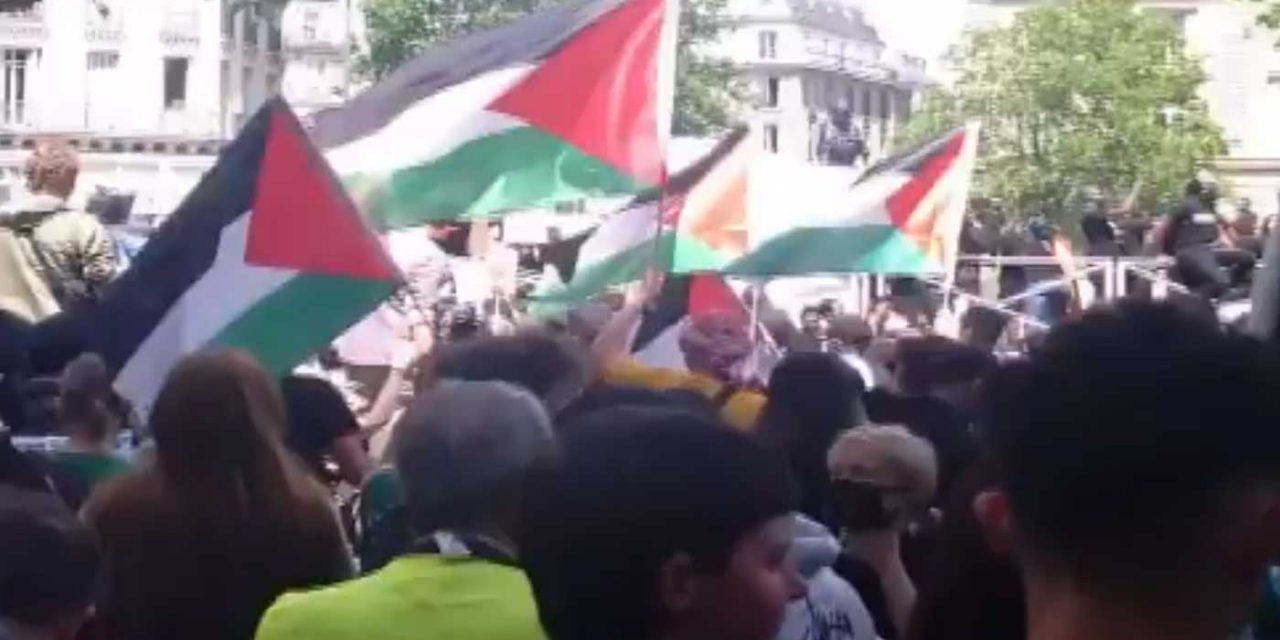 We have spoken before about how anti-Israel activists have inserted themselves into this debate, drawing false conclusions with Israel and policing in America. However, this is one of the most blatantly anti-Semitic examples of anti-Israel activism within these protests.

A number of participants at the rally carried signs bearing anti-Israel messages, including “Israel: the laboratory for police violence” and “Enough of Israel’s massacres! Justice and freedom for Palestine.”

French MP Meyer Habib (Union of Democrats and Independents) excoriated the demonstrators, and said the bigotry seen during the protest highlighted the link between the French far-left and radical Islamists.

“What did they shout at an ‘anti-racism’ rally? ‘Dirty Jews’ and hatred of Israel,” said MP Habib.

“They waved the flag of hatred against whites, against Jews, and against France. The link between the radical Left and radical Islamist activists is in the [movement’s] DNA. It doesn’t matter what the purpose of the protest is, we once again see hatred against Jews and hatred of Israel – against the Jews in general and Israel in particular is targeted.”

Habib went on to reject the accusations against Israel put forth by demonstrators.

“Is Israel an apartheid state? A racist country? In [Israel’s] political system, in the army, in the culture, it doesn’t matter what the color of your skin is or your religion, there is equality and everyone has the same rights. Who really is the one stoking racism here?”

“Today I’m not worried about Israel, but I am a bit concerned about the Jews of France, and |I am especially worried about France.”

There is a growing influence of anti-Israel activism within the Black Lives Matter movement.

@TfL can you have it removed.

It is distressing my Community in #StanfordHill this one deliberately Targeting the Largest Orthodox Jewish Community.

Such Hate & Illegal posters has no place , awaiting your swift response

The two posters share the same design format and font, indicating that whoever created the poster was supporting both movements.

In 2016, BLM put out a policy platform. In it they adopted a hateful and biased position on Israel, calling Israel a perpetrator of “genocide” and an “apartheid state”. Neither of which is true.

Palestinian flags have also been spotted at numerous protests for the movement and pro-Palestinian groups have sought to insert the false narrative of Israeli brutality into these recent protests. There are even paintings of George Floyd draped in a Palestinian keffiyeh with a Palestinian flag behind him. There is no indication Floyd supported Palestinian causes, but that has not stopped his image being used for political purposes or to stoke hatred against Israel.