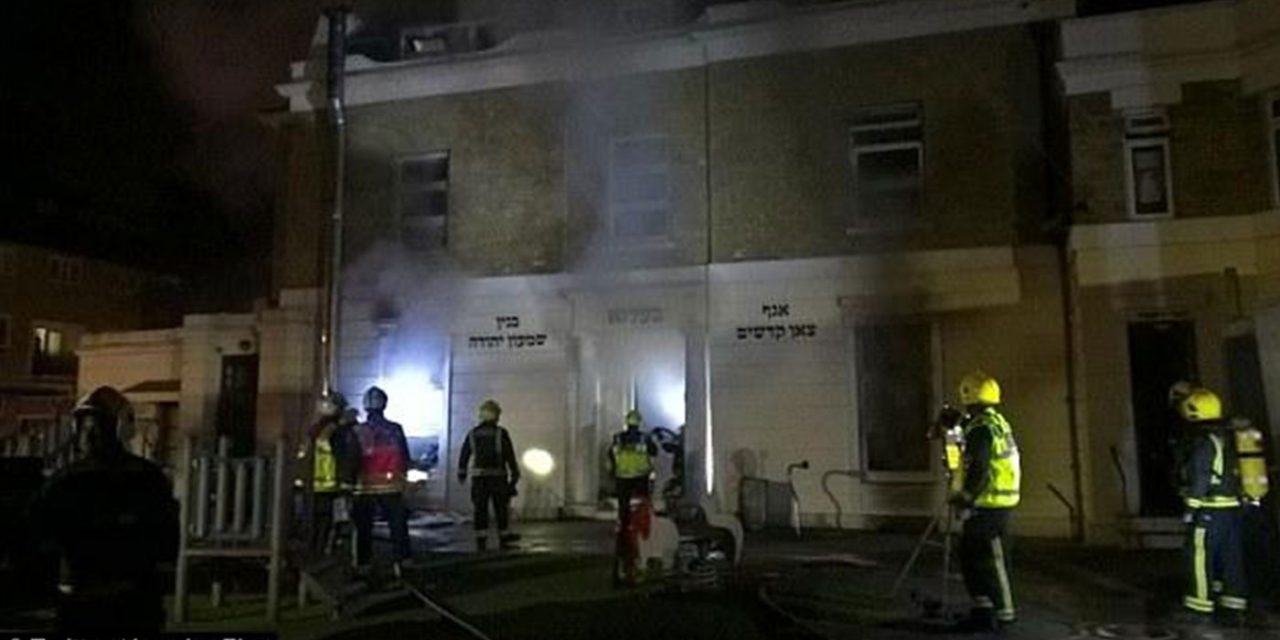 Firefighters from across London tackled a huge fire at an Orthodox Jewish primary school in Hackney overnight.

The fire at the Belz kindergarten in Craven Walk is thought to have begun shortly before midnight last night. More than 100 firefighters from 15 fire engines arrived to tackle the blaze that engulfed the basement and ground floor of the school, causing the ground floor to partially collapse.

The school was empty at the time and so no injuries have been reported. The school remains shut and pupils have been moved to a different nearby school.

Nicola Lown of London Fire Brigade was at the scene. She said: “The ground floor partially collapsed into the basement leading to hazardous conditions. Two fire rescue units were also on the scene and their equipment was used to shore up the ground floor. This enabled crews to wear breathing apparatus to gain better access to the fire in the basement.”

The fire was brought under control shortly before 7am today.

The fire at a school in #Hackney is now under control. Crews remain on scene damping down pockets of fire https://t.co/DSAPEGQo77 pic.twitter.com/Aa8A6EK1fT

The cause of the fire is under investigation but a Metropolitan Police source said it was believed to have been started by an electrical fault. Another source said the fire started in the boiler room.

A police spokesman said: “The school was empty at the time and evacuation was not required. At this stage it is believed to have started from an electrical fault. Cordons remain in place although they are likely to reduce over the day. Several residential houses have been effected by electrical failure however the engineers are working on restoring power.”

This is the latest fire to hit the Jewish community in recent weeks. Over a period of 10 days in June, four Jewish restaurants caught fire, with two of the fires being confirmed as arson and two unconfirmed. The arson attacks are being treated by police as anti-Semitic hate crimes.

The school where last night’s fire took place is thought to be one of the schools that failed their Ofsted inspection based on the fact they do not teach “sexual orientation” and “gender reassignment” to 3 to 8 year olds. You can read more about this story here.