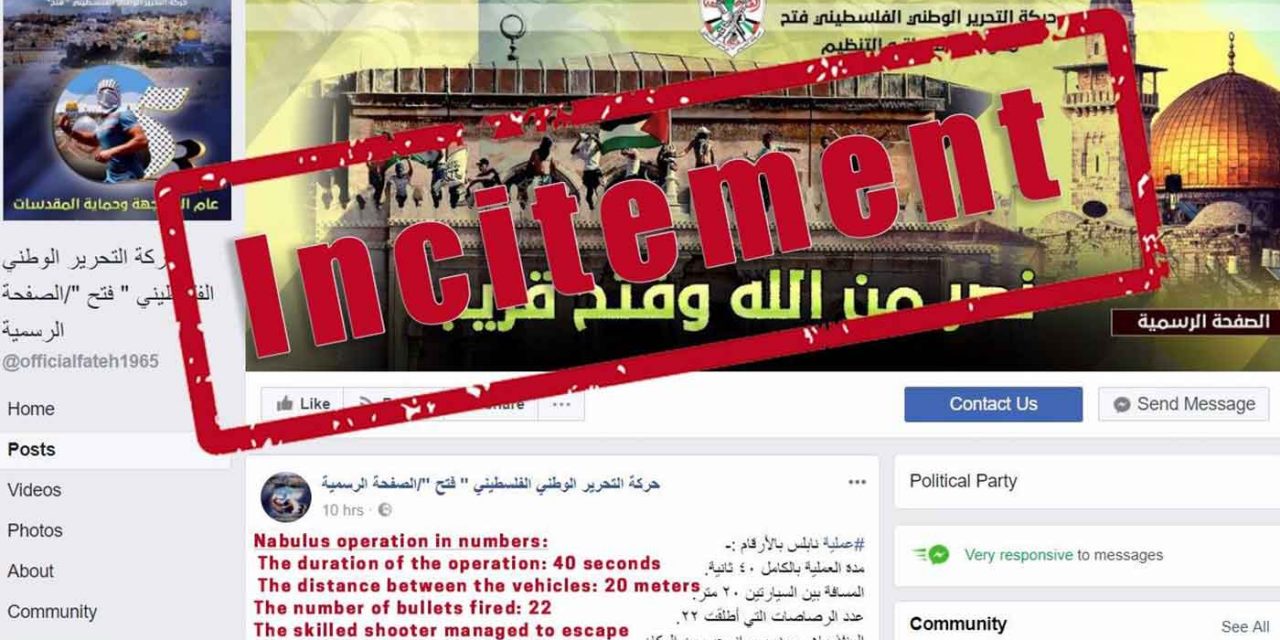 A post on the official Facebook page of Fatah, the ruling party of the Palestinian Authority, appears to praise the “operation” yesterday, where a Palestinian terrorist shot dead an unarmed Israeli civilian.

Nablus operation in numbers:
The duration of the operation: 40 seconds
The distance between the vehicles: 20 meters
The number of bullets fired: 22
The skilled shooter managed to escape from the scene.
The result: one dead settler

In response to this post there are numerous comments praising the terrorist. One person writes, “Deliver the hands of the executor and may Allah protect him” and another says “Allah bless these heroes”. So far neither the post nor the comments have been removed by Fatah.

Israel’s COGAT – Coordination of Government Activities in the Territories – said on their Facebook page:

“Earlier today, Fatah’s official Facebook page posted “data” from last night’s horrific terror attack. At first glance, the post seems like an innocent reporting of facts, but the true goal of the post is clear: to incite terror.

“Fatah is behaving in an irresponsible and despicable manner that could potentially lead to further bloodshed and undermine the stability in the region.”

So far the Fatah movement has not condemned this attack and President Abbas has stayed silent, despite calls from Israeli leaders for him to condemn the attack.