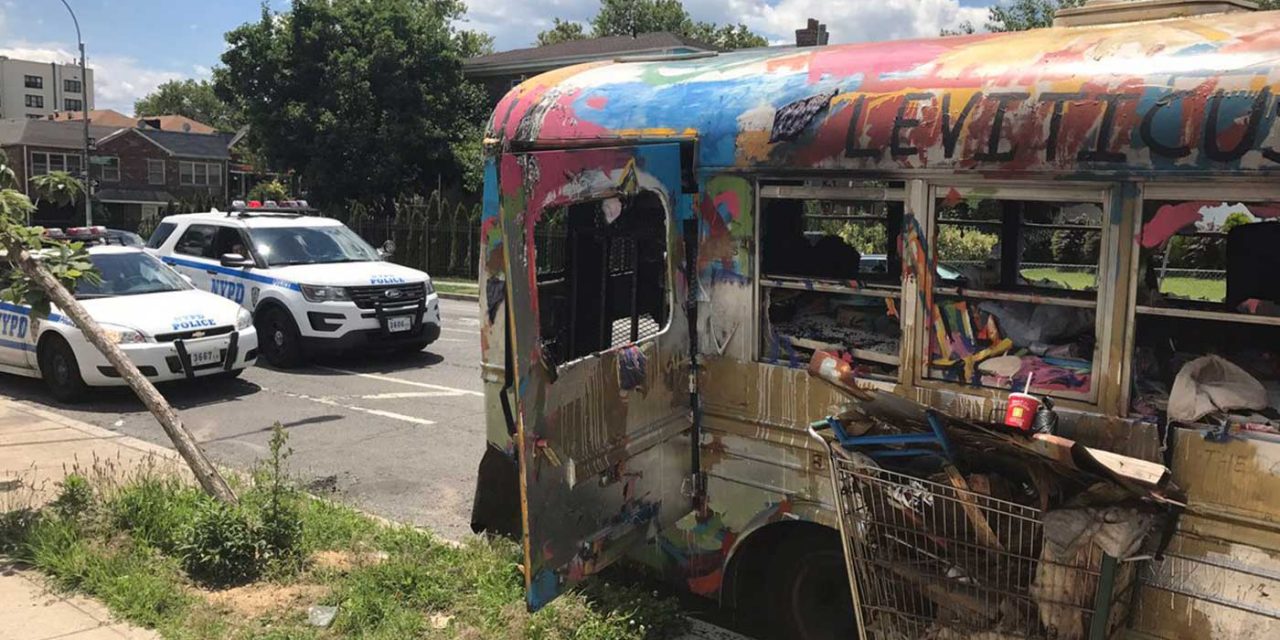 A famous multi-coloured Jewish bus that participated in events for kids and even a viral music video has been torched in what police are treating as an anti-Semitic hate crime after viewing video evidence of the incident.

The bus, which features large Jewish symbolism, such as Menorah’s and Jewish phrases, was torched by an arsonist at around midnight on Monday. The owner of the vehicle returned about 30 minutes later, shocked to find the smouldering remains of the vehicle. He then called the police.

The cruising canvas has made appearances at local events and parades — even popping up in a music video for popular Jewish singer Benny Friedman earlier this year. The music video for “Ivri Anochi” or “I’m a Jew and I’m Proud” has been viewed more than 2.6 million times on YouTube.

According to a local rabbi, the incident has left local kids “devastated” — with some staying up all night, crying their eyes out — after hearing what happened.

The bus had become a staple in the Jewish community thanks to its religious imagery and vibrant colours. It was created by Crowns Heights artist Leviticus Schieber about a year and a half ago as a way to make children and other residents feel proud about their heritage.

“It was a creative project and represented creative expression and the freedom to be yourself — a sort of good vibe vehicle that you didn’t see every day,” Schieber told The New York Post on Tuesday.

“When we drove around it made the kids smile and gave people a feeling of Jewish pride,” he said. “It made people perk up a bit, nudged them out of their normal reality for a minute.”

Yaacov Behrman, a rabbi and founder of the Jewish Future Alliance, described how children would often spend their mornings outside their house, waiting to catch a glimpse of the bus.

“I was in the street today and a man came up to me and said he had a second grader who cried the entire night after he heard about what happened,” Behrman said. “He stands on the front porch and waits on the bus every day. He was devastated. Children all across the city are devastated.”