Over 10,000 sign petition calling upon Amber Rudd to BAN Hezbollah 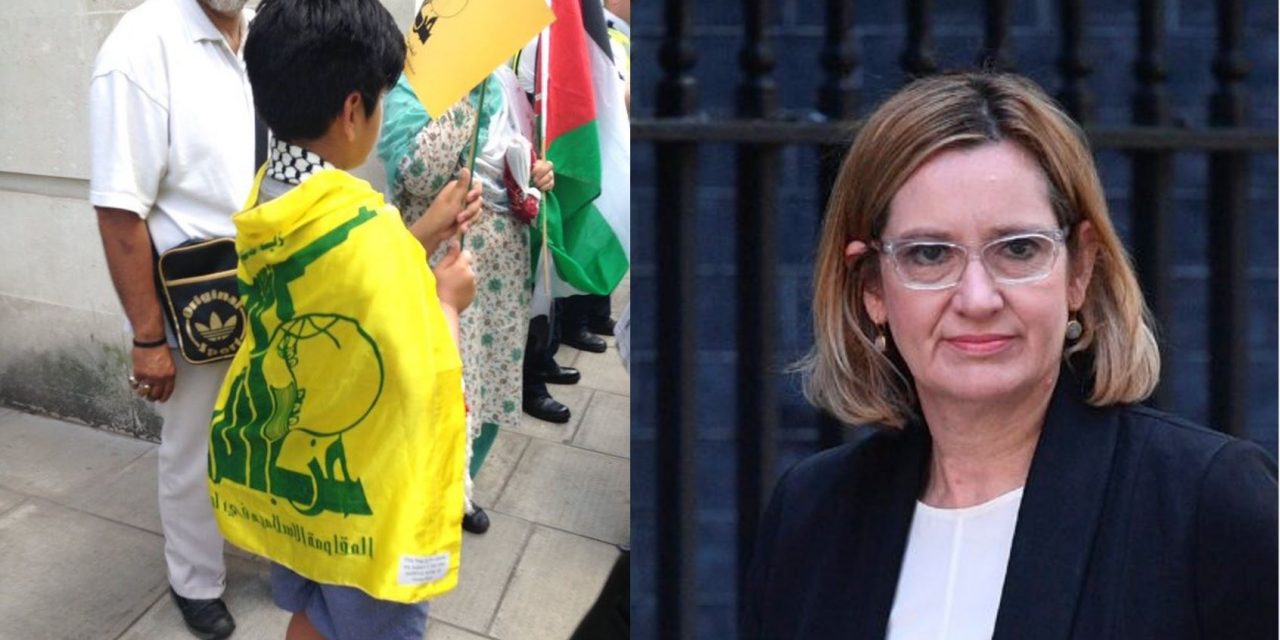 Over 10,000 people have signed a petition calling upon the UK Government to ban Hezbollah in its entirety.

The petition, started by Christians United for Israel UK (CUFI) last week, comes amid growing pressure upon Home Secretary Amber Rudd to ban the terror group after anti-Israel protesters carried Hezbollah flags during a march in central London on Sunday 18 June. Organisers used a legal loophole to encourage protesters to carry the flag at the Al Quds march, which is an annual day created to call for the destruction of Israel.

Hezbollah is a Lebanese-based terrorist organisation banned throughout the world, including by the Arab League, United States, France and Israel, but not in the UK. Britain has only banned its “military” arm but not its “political” wing meaning there is a legal loophole that is currently allowing support for the organisation to grow. However Hezbollah, by its own admission, does not differentiate between its political and military wings. The flag, which features an assault rifle, is used for both.

CUFI Executive Director, Des Starritt, says “Hezbollah is an anti-Israel, anti-West organisation that should not be allowed in Britain, yet last week its supporters marched through central London flying Hezbollah flags.”

On 22 June, Amber Rudd responded to a question by Newark MP Robert Jenrick in the House of Commons, saying she would look into banning the annual demonstration and proscribing the whole of Hezbollah as a terrorist organisation.

CUFI Executive Director, Des Starritt, reacted, saying “We welcome Amber Rudd’s commitment to consider banning Hezbollah. If our Government is to truly tackle extremism then it must start with banning terrorist organisations such as Hezbollah. We appreciate that over 10,000 people from across the United Kingdom have now signed our petition sending a clear statement to the Home Secretary.”

For more information about the petition, see here https://www.change.org/p/home-office-ban-hezbollah-in-the-uk-outright