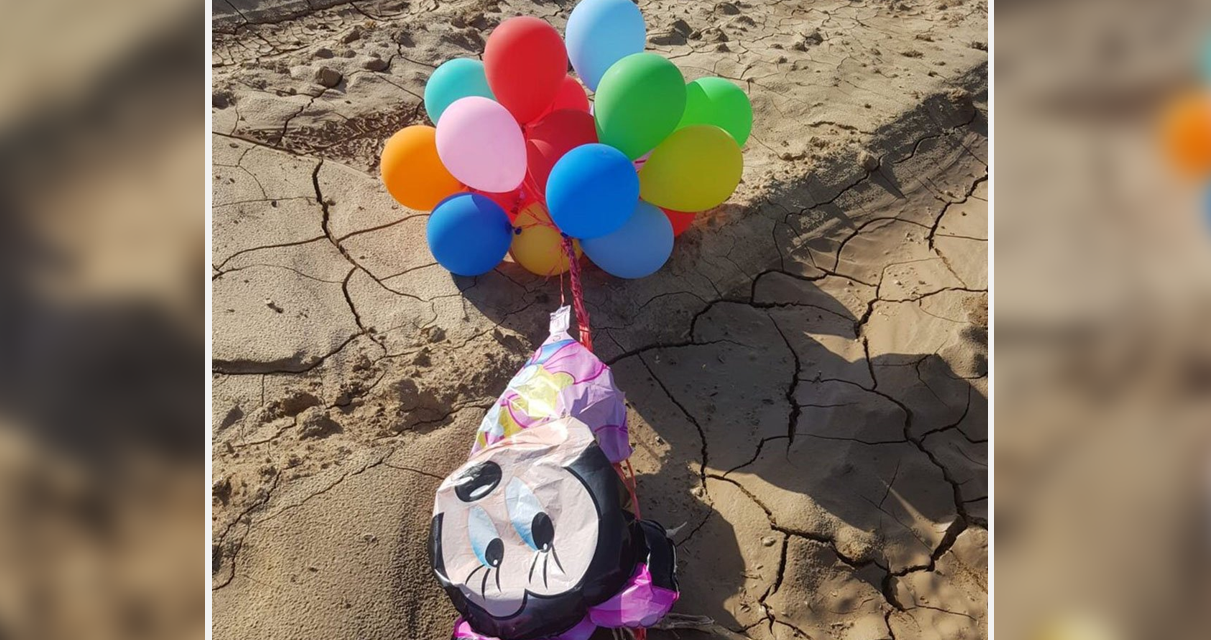 A kindergarten in southern Israel escaped being the latest target of Palestinian terror after an explosive device, attached to balloons, landed just outside.

The device, attached to a Mini-Mouse cartoon balloon was designed to attract children and could have caused serious injury or worse. Thankfully it didn’t detonate and police dismantled the charge.

Disgusting! This explosive device was near a kindergarten in Israel. A cartoon character was attached to make it appeal to children.#cufi #israel #terror #terrorattacks #terrorballoons pic.twitter.com/e5nIdfMw9R

Gaza-based terrorists continued their campaign of arson terrorism against the Jewish state and launched dozens of balloons laden with flammable materials and explosive charges toward Israel on Thursday, some of which landed in the midst of Israeli communities surrounding Gaza.

Earlier on Thursday, one explosive charge landed under a security vehicle in an Israeli community in the Shaar Hanegev region and exploded, setting the car on fire.

Imagine if YOUR car in YOUR neighborhood went up in flames. This just happened – an explosive balloon launched from #Gaza at #Israel set this car on fire. pic.twitter.com/gnHVsABa6L

On Wednesday, the IDF spotted a terrorist launching arson balloons into Israel. In response, an IDF aircraft fired towards the terrorist.

For the past seven months, Israelis from the area surrounding the Gaza Strip have been subjected to a barrage of thousands of burning kites sent from Gaza with the aim of setting fire to their homes and fields.

Dozens of blazes have destroyed produce worth millions of shekels. Arson attacks have been a nearly daily occurrence since the start of Hamas’s “March of Return” campaign on March 30.