EU warns Israel: Sovereignty will have consequences for EU-Israel relationship 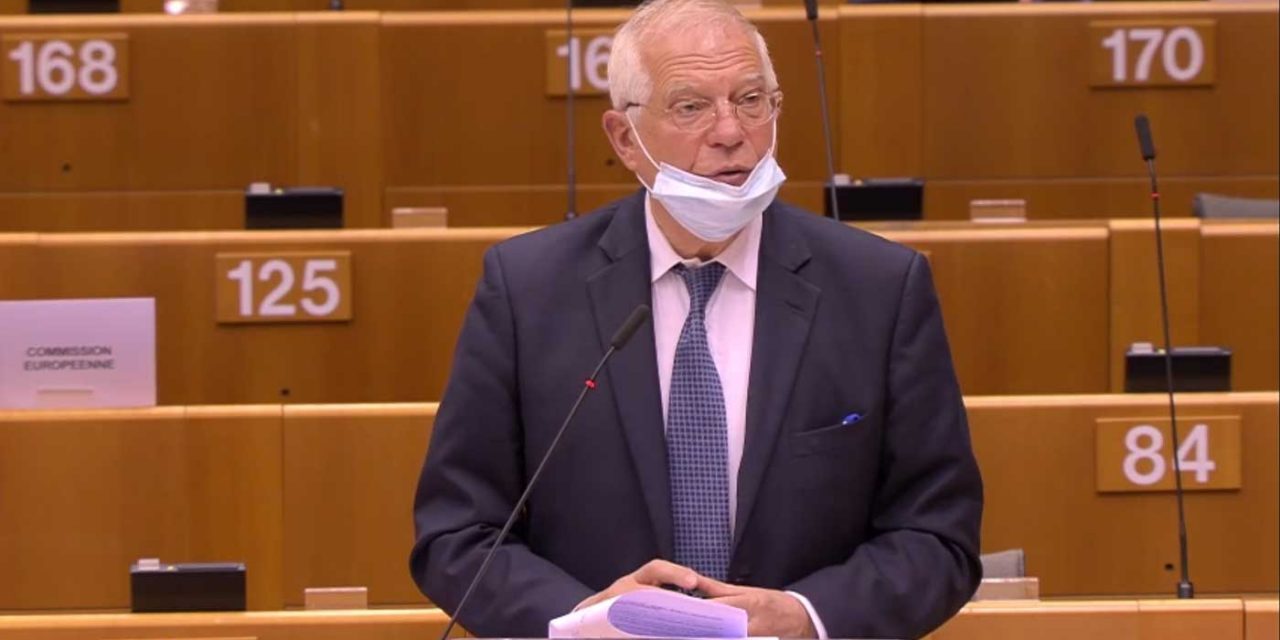 The European Union’s Foreign Policy Chief Josep Borrell has issued a warning to Israel that any unilateral steps by Israel to apply sovereignty over Judea and Samaria (West Bank) will have “consequences”. Although, he admitted there was not “unanimity” among the European nations.

Speaking to members of the European Parliament, Borrell emphasised that the EU’s “position is clear, although once again it is difficult to find unanimity but there is a strong, very strong majority of countries that continue supporting a negotiated two-state solution, based on international parameters and considering that any annexation would be against international law.”

“Consequently, we strongly urge Israel to refrain from any unilateral decision that would lead to the annexation of any occupied Palestinian territory,” he said, noting he “had the opportunity of expressing this point of view in my phone calls with the new Ministers of Foreign Affairs [Ashkenazi] and Defense [Gantz] of Israel.”

Borrell asserted that a unilateral move would “constitute a serious violation of international law. In March, in Geneva, 27 Member States agreed on that.”

“At the last Foreign Affairs Council, unhappily, unanimity was not found on this same issue, but as I said, a very strong majority of countries continue supporting this decision.

“Second,” he said, “it would cause real damage to the prospects for a two-state solution.”

“Third, it would negatively affect regional stability, our relations with Israel and between Israel and Arab States, and potentially the security of Israel,” which he said “is not negotiable for us, let me stress that also.”

“And finally, from a European Union perspective, annexation would inevitably have significant consequences for the close relationship we currently enjoy with Israel.”