EU looks to have “central role” in Israel-Palestinian negotiations 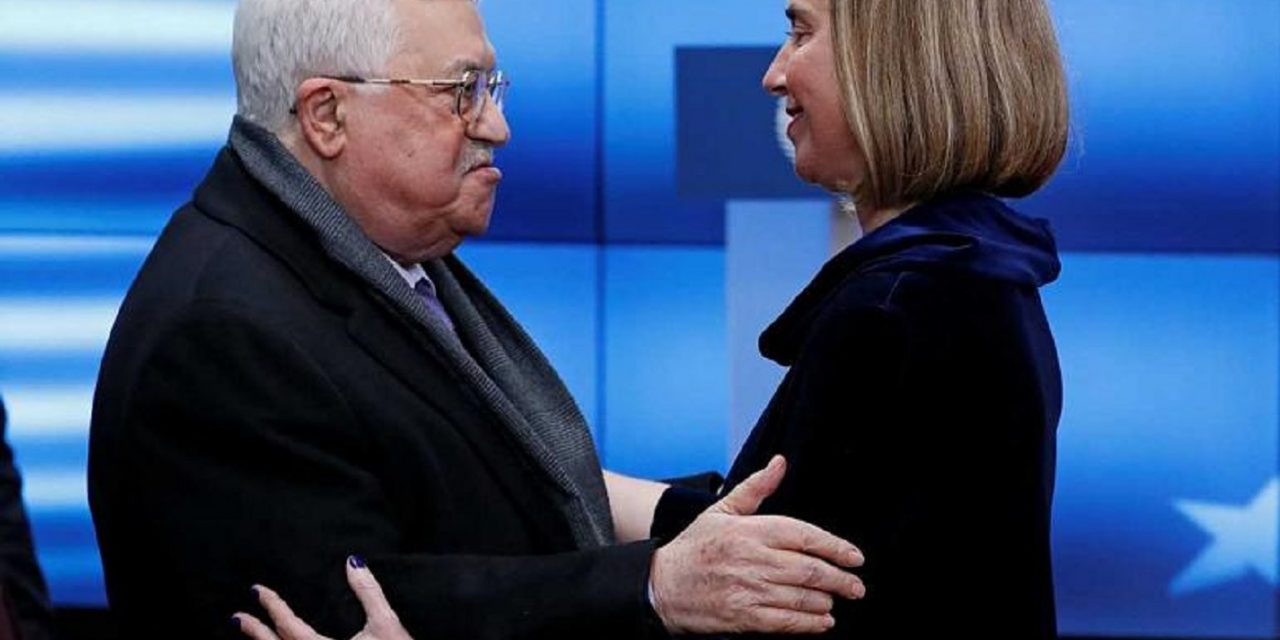 The European Union is set to “speed up efforts” for a two-state solution amid indications that the EU is set to play a “central role” in mediating between Israel and the Palestinians.

The news comes as Palestinian leader Abbas visited Brussels this week where he called upon the EU member states “to swiftly recognise the state of Palestine” adding that “there is no contradiction between recognition and a resumption of negotiations”.

In the joint-briefing with Palestinian leader Mahmous Abbas in Brussels, EU foreign minister, Federica Mogherini said she is ready to take a “central role,” alongside the United States, expanding the international role in mediating between Israel and the Palestinians.

On 31 January, the EU and Norway will convene an “extraordinary session” of the Ad Hoc Liaison Committee (AHLC), which it describes as the “the international donor group for Palestine”. A statement by the EU says there is an urgent need to bring all parties together to discuss measures to speed up efforts that can underpin a negotiated two-state solution.

The comments come after the Palestinian leadership refused the US its role as the main broker in peace talks, following US President Donald Trump’s recognition of Jerusalem as Israel’s capital.

Speaking after the meeting, Mogherini said, “We affirmed our conviction that the framework has to be multilateral. We will continue working within the Quartet, which includes the US, Russia and the UN, enlarging this to a few Arab countries, and possibly Norway.”

“The Palestinian president was perfectly fine with this idea of not having the United States as the only interlocutor for the peace process, but of having a multilateral framework in which the European Union has a central role that is together with others, including our partners in the Quartet, including the United States,” she added.

“We will follow up in the coming weeks,” she said.

One of the key purposes of Abbas’s trip to Brussels was to ask for increased financial aid from the EU. Federica Mogherini told reporters that the EU is the largest donor and supporter of the Palestinians.