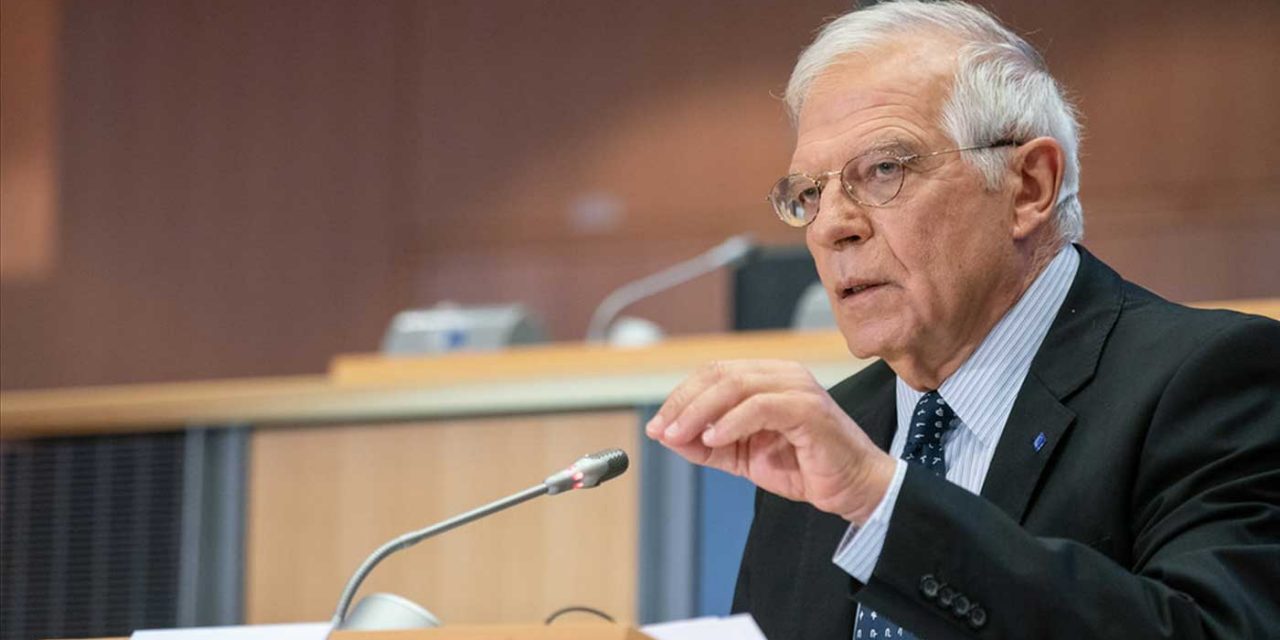 The European Union’s foreign policy chief has rejected the US peace plan for the Middle East and threatened to oppose Israel if it annexes parts of the West Bank.

He also threatened Israel over the possibility of the Jewish state annexing Israeli communities in Judea and Samaria (the West Bank).

“Steps towards annexation, if implemented, could not pass unchallenged,” Josep Borrell’s statement said before calling on “both sides to re-engage and to refrain from any unilateral actions contrary to international law that could exacerbate tensions.”

There are unconfirmed reports that the EU was going to issue a statement condemning the Trump peace plan but that Hungary and the Czech Republic were among the countries to block the statement. Therefore, it came from Borrell himself and was toned down as not being an official condemnation from the bloc (the UK is no longer bound to the anti-Israel statements of the EU since leaving the bloc on Friday).

1/2 The fact that the High Rep of the EU, Josep Borrel, chose to use threatening language towards Israel, so shortly after he assumed office & only hours after his meetings in Iran, is regrettable &, to say the least, odd. pic.twitter.com/Nspt5bgGwf

Israel’s Foreign Ministry said in response that the EU’s statement is “regrettable and odd.”

“The fact that the High Rep of the EU, Josep Borrel, chose to use threatening language towards Israel, so shortly after he assumed office and only hours after his meetings in Iran, is regrettable and, to say the least, odd,” Foreign Ministry spokesman Lior Haiat said.

“Pursuing such policies and conduct is the best way to ensure that the EU’s role in any process will be minimized,” he adds in a statement.

The EU in the past has threatened to begin labelling settlement produce, drawing accusations of anti-Semitism from Jerusalem. It is unclear what course of action the EU would take if the bloc had

Israeli leader Benjamin Netanyahu said he would push ahead with plans to annex the Jordan Valley and settlements scattered throughout the West Bank as early as this week, after the plan was rolled out last week. However, he has now deferred these plans until a later date.