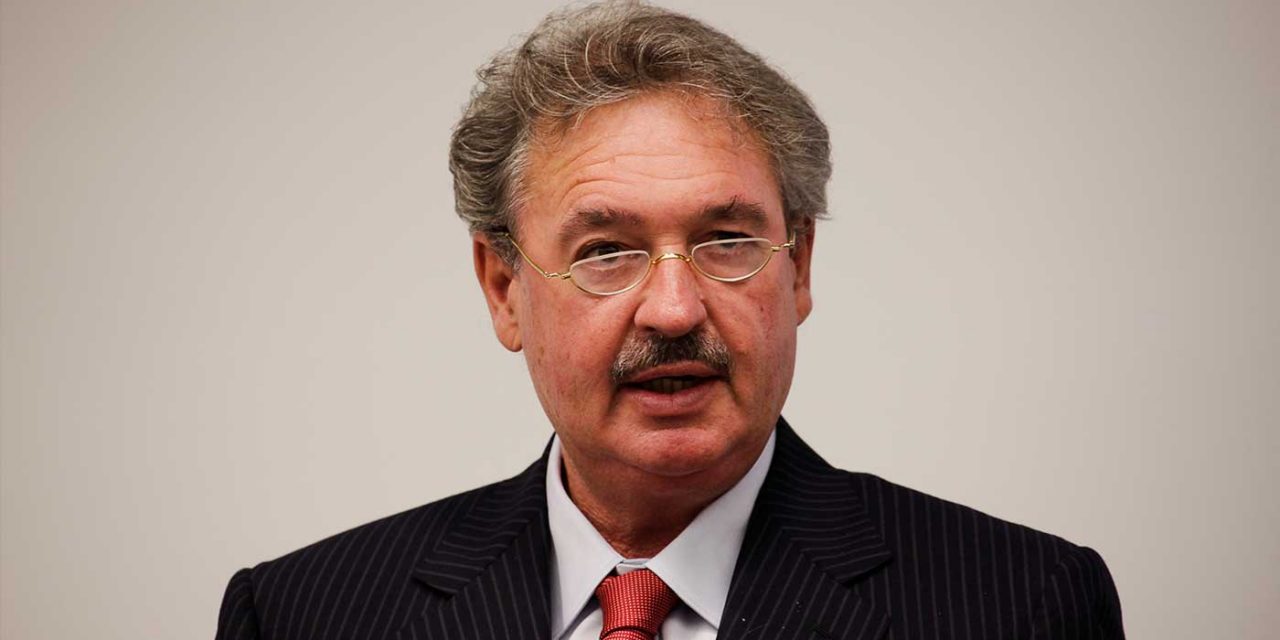 A top European Union diplomat and former Foreign Minister of Luxemburg has used the Bible in an attempt to shame the Jewish state.

Jean Asselborn is apparently the closest thing Europe has to an elder statesman, but he is also a staunch supporter of the Palestinian cause and has taken his anti-Israel rhetoric to the next level when he misquoted the Bible in an outrageous attack against Israel and the beliefs of Christians and Jews around the world.

In an interview with German news magazine Der Spiegel earlier this month, Asselborn didn’t just warn that Israel’s declaration of sovereignty over its ancient homeland would “constitute a violation of international law”, but suggested that it may well be a violation of God’s law in the Bible.

Read also: Who owns the Land of Israel?

“In the Middle East, which is strongly shaped by religion, one could also say that an annexation violates the seventh of the Ten Commandments: Thou shalt not steal. An annexation of parts of the West Bank would be just that: stealing,” he said.

Asked by The Times of Israel this week if he truly believes Israel would be violating the Ten Commandments by asserting sovereignty over the Jewish people’s biblical homeland, Asselborn did not back down.

“I am not an expert in theology, but I think that in all cultures and religions, there is a well-established norm against theft. This is one of the basic norms of human coexistence and a fundamental principle of international law. The acquisition of territory by force is inadmissible,” he said.

“Notwithstanding the Ten Commandments,” he added, “seizing territory by force is a violation of Israel’s obligations under the UN Charter as well as the Geneva Conventions, and goes against a host of UN Security Council resolutions.”

This is an outrageous attack on Israel as a nation but also on the Jewish people. Trying to use their beliefs and God’s Word against them. And it is completely misquoted from the Bible.

For 3,500 years the land of Israel has belonged to Abraham, Isaac and Jacob and their seed forever by an everlasting and eternal blood covenant recorded in the Bible.

The land God promised includes the modern-day nation of Israel and parts of modern-day Egypt, Syria, Lebanon and Iraq (Genesis 15:18-21).

The concept that the Palestinians have owned the land of Israel in times past that God almighty promised Abraham and the Jewish people forever is one of history’s greatest frauds.

The Bible also commands us as Christians to “pray for the peace of Jerusalem”. The nations of the world will turn against Israel, and foolish men will try to distort the truth of the Bible, but we will stand firm on the Word of God.