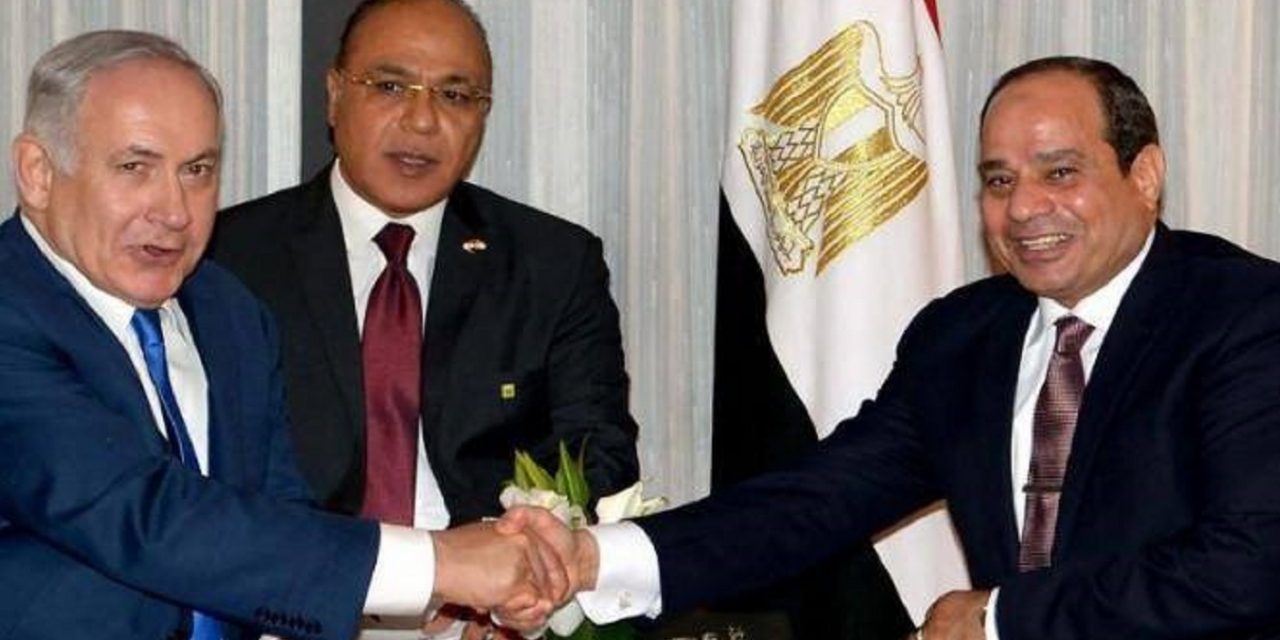 Netanyahu and Sissi were in New York for the United Nations General Assembly.

The two leaders had “a comprehensive discussion about the problems of the region,” according to a readout provided by the Prime Minister’s Office. Sissi “expressed his desire to assist in efforts to achieve peace between Israel and the Palestinians and the region,” it said.

The hour-and-a-half-long meeting took place at the Palace Hotel, where the Egyptian president was staying.

“It’s a great pleasure to have this meeting with you,” Sissi told Netanyahu at the start of the meeting, speaking through a translator.

The meeting came just days after Egypt helped broker an agreement with the Palestinian Hamas group to dissolve the administration that runs Gaza and hold talks with Abbas’ Fatah movement, its Palestinian rivals .

Former IDF Spokesman, Peter Lerner, commented on the picture of the two world leaders, saying, “Egyptian President Abdel Fattah Al-Sisi has received some criticism for the photo, but he knows that the strong relationship, built on the foundations of the peace agreement, and continues through the chain of command of the militaries is beneficial to all of the players in the region. Security coordination, a joint border in Sinai, ISIS terrorists that are killing Egyptian soldiers on a daily basis are a reminder of the instabilities of the region. I see stability in this handshake, a stability that true friendship can be built on.”